The father of Umar Khalid, a PhD student in Jawaharlal Nehru University (JNU) who has been named as the main organiser of a cultural evening on February 09 to mark the hanging of Parliament attack convict Afzal Guru, on Friday said his son was not a terrorist. 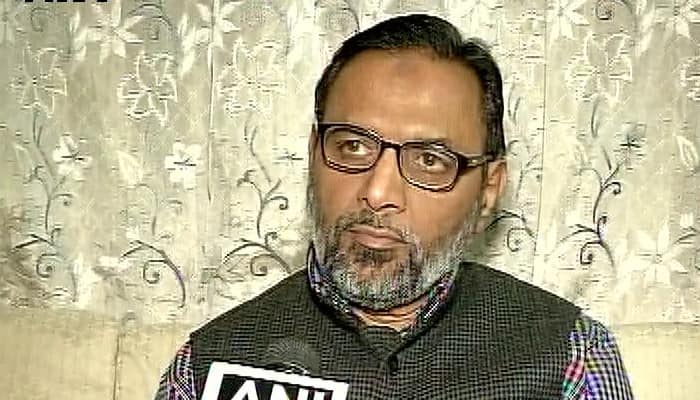 New Delhi: The father of Umar Khalid, a PhD student in Jawaharlal Nehru University (JNU) who has been named as the main organiser of a cultural evening on February 09 to mark the hanging of Parliament attack convict Afzal Guru, on Friday said his son was not a terrorist.

“He is a Muslim, hence he is on the target,” Syed Qasim Ilyas told news agency ANI when asked about his son Umar Khalid.

He further claimed that he did not know the whereabouts of his son. “I appeal him to surrender before the Court. But how can Umar feel safe to surrender? He should be provided security.”

He added that a probe must take place and the court should decide on the matter involving Umar, but the media trial should not take place.

When asked about reports linking his past as Students Islamic Movement of India (SIMI) leader with Umar's present, Ilyas said: “How're you associating my past regarding SIMI with Umar Khalid? I retired from SIMI in 1985, Umar was born after that, and when there was not a single case against any individual in SIMI or the organisation. SIMI was banned in 2001.”

“If you are branding my communist son a traitor because of my past, and holding him to trial in TV studios, it is worse than targeting… He is being punished in media studios for having a Muslim name,” Ilyas said.

“None less than the home minister of this country has attributed this branding to Umar...all because of his name. Can there be any bigger branding of him?” Ilyas questioned.

On reports that Umar had links with Pakistan, Ilyas said: “All of our family have passports, even my youngest daughter. But Umar never got a passport, he has never sat in an aircraft. Today they say he went to Pakistan and had links with Jaish-e-Mohammed (JeM) and Hafiz Saeed.”

According to Umar's father, his son “hated going by the book… He was questioning everything which led to frequent arguments, even my differences with him. Whether it was praying, fasting, or women in the family covering their heads, he was the only non-believer in our family which angered me, but he is a young man.”

Ilyas is worried about his son as a father.

“Even if the courts of this country pronounce my son innocent, will he ever be able to have a normal future? His face is being played out across channels with words like mastermind and traitor… His siblings are getting vitriolic messages on social media,” Ilyas said.