Union Information and Broadcasting Minister M. Venkaiah Naidu on Tuesday said the government does not subscribe to the "wrong proposal" of MNS leader Raj Thackeray asking filmmakers to donate Rs 5 crore to the army for casting Pakistani actors. 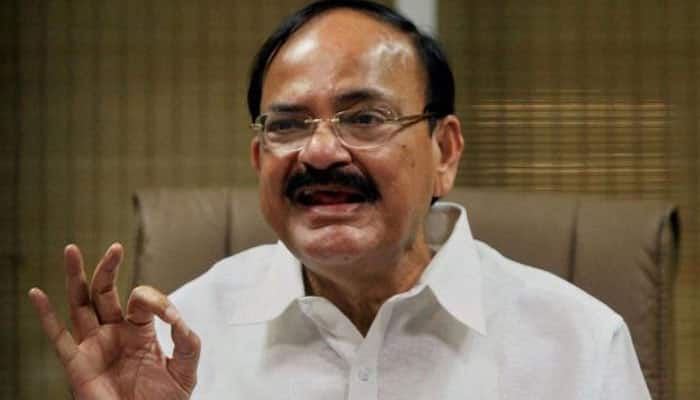 New Delhi: Union Information and Broadcasting Minister M. Venkaiah Naidu on Tuesday said the government does not subscribe to the "wrong proposal" of MNS leader Raj Thackeray asking filmmakers to donate Rs 5 crore to the army for casting Pakistani actors.

"That is a wrong proposal and we don`t agree to it. The Maharashtra Chief Minister (Devendra Fadnavis) has also clarified that he was not part of the proposal," Naidu told media persons on the sidelines of a CII conference on media and entertainment industry.

"That was a proposal from some other party (Maharashtra Navnirman Sena) and then it was accepted by the (film) producers. That is a matter between them, and the government has no role in that. The government doesn`t subscribe to that proposal," Naidu said.

He said it is the duty of the government to provide security, as law and order is a state subject.

"Keeping that in mind, the Chief Minister has taken initiative for the amicable solution of the issue by holding a discussion. Earlier, when people have tried to create disturbance in theatres, they have been arrested," he said, referring to the Maharashtra Navnirman Sena (MNS) threatening to vandalise theatres if movies featuring Pakistani actors were screened.

Addressing the conference, Naidu without naming Pakistan flayed the country for aiding and abetting terror. "We want good relations with all including our neighbours. But the neighbour too has to behave like a good neighbour."

"Aiding, abetting, funding and training terrorists, is not acceptable at all. They want to subvert the country. Why are you doing this? This will be ruinous for you also. Let us join together...why this kind of activity? Terrorism is the enemy of humanity," added Naidu.

The film`s smooth release, on October 28, was ensured at a meeting of Film Producers` Guild, producers and MNS chief Raj Thackeray, mediated by the Maharashtra Chief Minister last week. A key demand conceded in the meeting was Rs 5 crore contribution from the filmmakers for the army welfare fund.