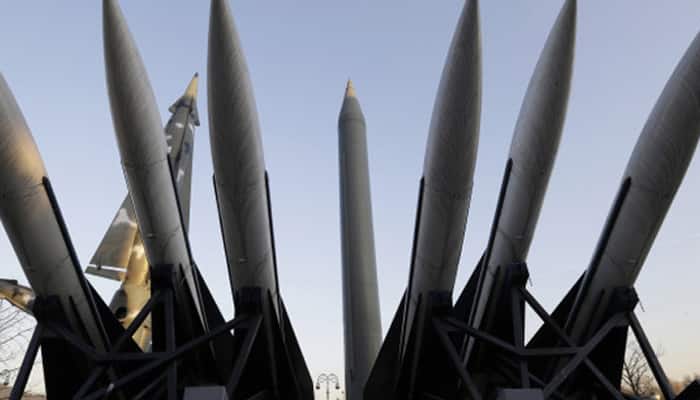 Beijing: China said on Sunday that more talks were needed to build a consensus on which countries can join the main group controlling access to sensitive nuclear technology.

“With regard to what to do on the issue of non-NPT signatories joining (the NSG), China consistently supports having ample discussion on this to seek consensus and agreement and come to a unanimous decision,” Hong said.

“The NPT is the political and legal basis for the entire international non-proliferation system,” Hong further said, adding that China would support the group in further talks to come to a consensus at an early date, as per Reuters.

China is seen as leading opposition to the US move to include India in the 48-nation Nuclear Suppliers Group (NSG), but other countries, including New Zealand, Turkey, South Africa and Austria, also oppose Indian membership, according to diplomats.

Opponents argue that granting India membership would further undermine efforts to prevent proliferation. It would also infuriate Pakistan, which responded to India’s membership bid with one of its own and has the backing of its close ally China.

Pakistan joining would be unacceptable to many, given its track record. The scientist that headed its nuclear weapons programme ran an illicit network for years that sold nuclear secrets to countries, including North Korea and Iran.

Meanwhile, Pakistan has formally asked the United States administration and Congress last week to support its application for joining the NSG.

According to Dawn, Pakistan submitted a formal application in Vienna last month, expressing its desire to join the group But the US did not yield to Islamabad's demands.

In a letter to the US Senate Committee on Foreign Rela­tions, Pakistan's Ambassador Jalil Abbas Jilani reminded Congress that Pakistan had taken a series of steps that qualify it for joining the NSG.

"Pakistan's desire to participate in the NSG stands on solid grounds of technical experience, capability and well-established commitment to nuclear safety. Pakistan has operated secure and safeguarded nuclear power plants for over 42 years. Safe and sustainable civil nuclear energy is essential for Pakistan's future energy security and its economic development," he said, as per ANI.

A decision on Indian membership is not expected before an NSG plenary meeting in Seoul on June 20, but diplomats said Washington has been pressuring hold-outs.

Most of the hold-outs oppose the idea of admitting a non-NPT state such as India and argue that if it is to be admitted, it should be under criteria that apply equally to all states rather than under a “tailor-made” solution for a US ally.

The NSG looks after critical issues relating to nuclear sector and its members are allowed to trade in and export nuclear technology.

Membership of the grouping will help India significantly expand its atomic energy sector.