'Narendra Modi government plans to do away with grievance redress law'

Prime Minister Narendra Modi-led NDA government has decided to do away with the grievance redress law and replace it by a scheme called the Delivery of Services and Grievances Redressal Scheme. 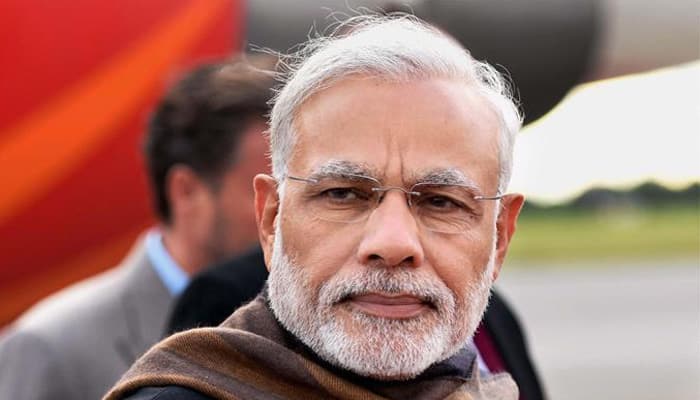 New Delhi: Prime Minister Narendra Modi-led NDA government has decided to do away with the grievance redress law and replace it by a scheme called the Delivery of Services and Grievances Redressal Scheme.

However, an RTI reply received from the Department of Administrative Reforms and Public Grievances in July 2016, revealed that "finalisation of the scheme is still under consideration".

Surprisingly, according to the department, both "finalisation of Delivery of Services and Grievances Redressal Scheme" and "passing of Citizens Grievance Bill" were under consideration, said the RTI reply.

The law would have given every citizen the legal right to time-bound delivery of goods and services and to provide a mechanism for grievance redressal.

This move of the government flies in the face of Prime Minister Office's (PMO) order dated June 24, 2014 in which it said that "passing of Citizen's Grievances Bill" was the "immediate thrust area" of the government.

In the official letter addressed to the secretaries -- Department of Personnel and Training and the Department of Administrative Reforms and Public Grievance -- the PMO requested the departments to expedite the pending action in respect of "passing of Citizen's Grievances Bill".

The PMO further said in the order: "This office may be kept apprised of the development in this regard."

However, when the question on the status of the bill was raised in Parliament by suspended BJP MP Kirti Azad in March 2016, Minister of State (MoS) in-charge of PMO Jitendra Singh, said: "For this purpose, a scheme known as Delivery of Services and Grievances Redressal Scheme, 2015 has been prepared."

"The government is committed to ensuring efficient and timely delivery of public services, including timely and effective redressal of grievances of citizens related to non-delivery of entitled goods and services by the government," he said.

The Minister further replied: "The ambit of the scheme inter-alia includes goods and services being offered by the public authorities of the government of India (with some exceptions). The scheme also has provisions for administrative action with respect to delays, etc. in provision of designated services in specified time frame."

Replying to an RTI application filed by Amrita Johri of the National Campaign for the People's Right to Information, in June 2016, the Department of Administrative Reforms and Public Grievance, said that "finalisation of the scheme is still under consideration".

"Finalisation of Delivery of Services and Grievance Redress Scheme which has been prepared by this department is still under consideration," the RTI reply said.

It refused to give further details pertaining to the scheme in view of Section 8(1)(i) of the RTI Act, 2005.

The Citizen's Charter and Grievance Redressal Bill 2011 was introduced in Parliament in 2011. The UPA government, opposition parties and even BJP supported it at that time.

But with the dissolution of the 15th Lok Sabha, the bill also lapsed.

Mahayudh: 'Russian army' will create havoc in Ukraine on February 24!

World At War: The most powerful Israeli drone attack on Iran

Taking a look at the life of Pervez Musharraf; From Kargil War to Death Sentence

Taal Thok Ke: Election in 24 because of caste 'tension'?