On National Handloom Day on Sunday, Prime Minister Narendra Modi and other ministers urged citizens to use more handloom products in their daily lives. 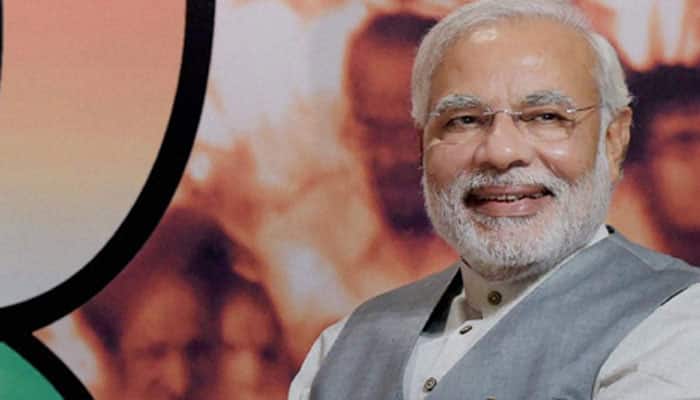 New Delhi: On National Handloom Day on Sunday, Prime Minister Narendra Modi and other ministers urged citizens to use more handloom products in their daily lives.

"On National Handloom Day, let us affirm that we will give an impetus to the handloom sector and use more handloom products in our daily lives," read a post on Modi's @narendramodi Twitter handle.

Irani, who had launched an #IWearHandloom' initiative -- a campaign aimed at spreading the handloom fever across social media -- tweeted: "Support our weavers by buying Indian handloom which is now just a click away. Let us pledge to adopt handloom heritage in daily lives and wear it as a badge of honour-pride to support our weavers."

"Acknowledge, promote and celebrate richness of our handloom heritage."

Prime Minister Narendra Modi declared August 7 as National Handloom Day to mark the Swadeshi movement as it was on this day that the movement was launched in 1905. The movement involved revival of domestic products and production processes.

Actress Kirron Kher, who is known for flaunting exquisite handloom saris for her public appearances and on reality TV shows, posted: "As the Honourable PM Narendra Modi launches the first National Handloom Day, we must make a commitment to revive our handloom tradition."

Javadekar tweeted: "I am using handloom, khadi for 47 years from my college days. It's the best. Use it and feel it."

Even Rajasthan Chief Minister Vasundhara Raje, who wears traditional saris, said: "Let's commit to support our weavers who conserve diversity and richness of our heritage and culture, thread by thread."