'RSS in some way or the other has been connected to these riots in every major report of such instances.' 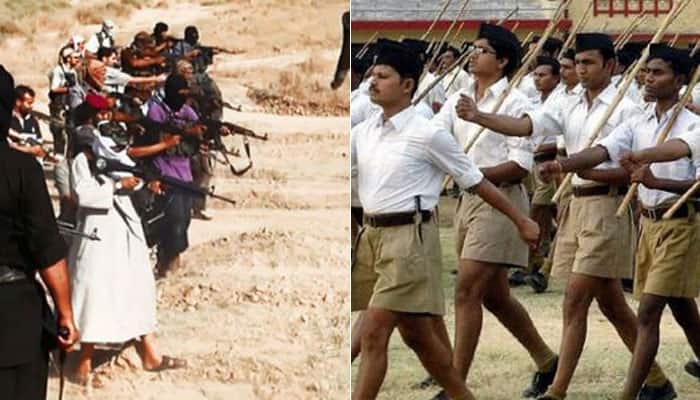 Speaking at “Pratirodh” (resistance), an event organised in Delhi on the birth anniversary of rationalist Narendra Dabholkar - in the context of the fears of growing violence and intolerance and the undermining of pluralism – Habib said, “...There is not much difference between Islamic State (IS) and the RSS as far as intellect goes.”

In an interview to The Times of India, Habib said that while it is true that communal tension existed in the past as well but people like him have reasons to be more worried now.

“It is true that violence and tension existed previously. However, we have to keep in mind the fact that the RSS in some way or the other has been connected to these riots in every major report of such instances. The intelligentsia is now perturbed because those people are in power,” Habib said.

Habib went on to allege that RSS ids influenced by Adolf Hitler. “This is a government that is controlled by the Rashtriya Swayamsevak Sangh (RSS). It is no secret that MS Golwalkar, the ideological fountainhead of the RSS, was an admirer of Adolf Hitler and the Nazi Party. This government is now trying to realize Golwalkar's dream,” he told TOI.

Prime Minister Narendra Modi was on his hit-list. “I think it is very disturbing when the prime minister of the country says something as unscientific as asserting that Lord Ganesha got plastic surgery done. For all his faults, Atal Bihari Vajpayee never said anything this ridiculous. Narendra Modi is much worse.”