Thousands of kilometres  separate the purported caliphate run by the Islamic State and India but security agencies have an ever growing reason to worry. 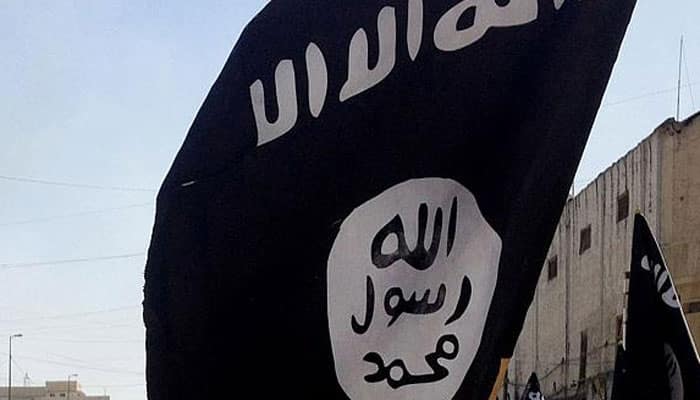 New Delhi: Thousands of kilometres  separate the purported caliphate run by the Islamic State and India but security agencies have an ever growing reason to worry.

The Islamic State is spreading its wing in Syria-Iraq through a merciless onslaught on those who don't believe in their idea of Islam. Men being shot, beheaded, women kidnapped, raped and sold as slaves; humanity has lost its relevance before the daggers and guns for these killers.

A man holding the headless body of his young girl child and looking at it with stoned eyes and other such gory images have seeped through the blood soaked streets of the region as a warning to the rest of the world about the insane brutality of the men holding the black flag of the Islamic State.

That flag is now showing up with increasing frequency in India, particularly Kashmir.

The first reported sighting of IS flags and banners was on June 27 and more recently during a rally at the Idgah Maidan in Srinagar during Eid celebrations last week.

Masked men were seen waving IS flags and shouting slogans in the heart of the city, enough to put security agencies on alert.

"Certainly, we are watching and closely monitoring the situation as it were. As per my inputs, there was one incident of the kind that you refer to that of the (IS) flag. We are watching the situation as this is something which merits the highest concern of all security agencies and let me tell you that it is getting the attention of all the security agencies," General Officer Commanding (GoC) of the Army's Srinagar based 15 Corps, Lt Gen Subrata Saha said.

Reports later said that the Intelligence Bureau has held a high level meeting in Delhi to discuss the issue.

While Pakistani-based outfits such as Lashkar-e-Toiba, Hizbul Mujahideen and Jaish-e-Mohammed are active in the state, but the presence of Islamic State sympathisers is a matter of concern as reports have indicated that IS is recruiting fighters for its “holy war” via the internet.

Four young men from Maharashtra had reportedly joined the IS ranks after being indoctrinated online. One of them later lost his life while fighting in Syria.

Also, two men from Tamil Nadu were arrested for allegedly ordering and distributing t-shirts with the Islamic State emblem – a group photo of young men wearing the shirts went viral, triggering an uproar.

Public perception of legislature is matter of concern: Naidu