In the wake of intensifying ceasefire violations along the border in Jammu and Kashmir, India has cleared that talks with Islamabad will not be possible unless Pakistan stops cross-border firing. 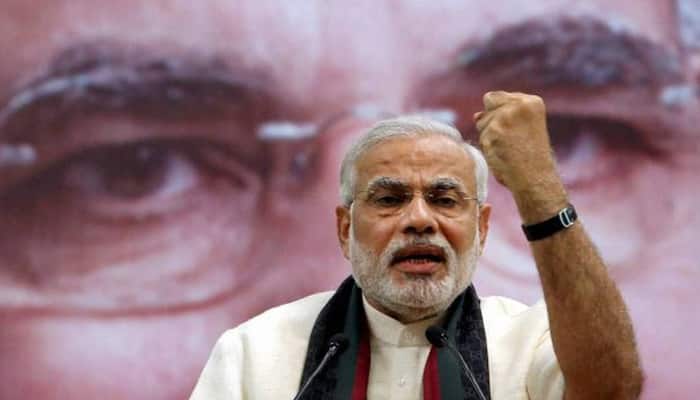 Jammu: In the wake of intensifying ceasefire violations along the border in Jammu and Kashmir, India has cleared that talks with Islamabad will not be possible unless Pakistan stops cross-border firing.

According to reports, New Delhi has responded strongly, conveying the Indian leadership's resolve and ability to deal with Pakistan.

Escalating their operation, the Pakistani troops on Wednesday continued to target security outposts along the entire 192-km International Border in Jammu and Kashmir. 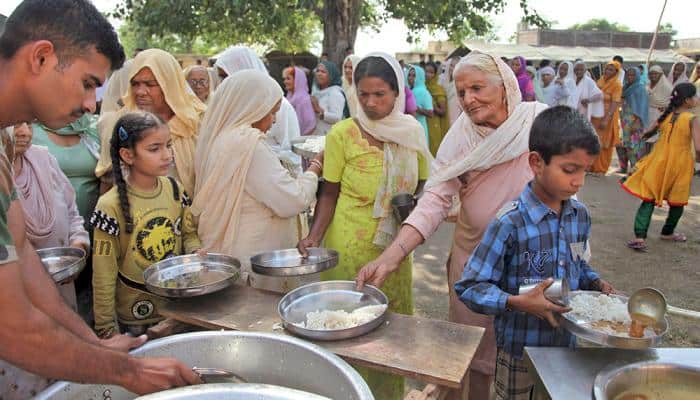 Two women of a family were today killed and 15 others injured in heavy mortar shelling and firing by Pakistani troops, taking the death toll to eight in the continued ceasefire violations by Pakistan for more than a week.

In retaliation to Pakistan targeting civilian habitations in Jammu and Kashmir, the Union Home Ministry has put on hold a scheduled flag meeting between Pakistan and Indian paramilitary forces to discuss the recent hostilities.

After the meeting, NSA Doval briefed Prime Minister Narendra Modi on the situation along the International Border and Line of Control.

Also, Home Minister Rajnath Singh talked to the BSF DG twice today. The minister is likely to meet Prime Minister Narendra Modi and apprise him of the situation at the border.

Union Minister of State (PMO) Jitendra Singh, who represents the Jammu Lok Sabha seat in Parliament, visited the border areas to take stock of the situation.

According to reports, the number of casualties on the Pakistani side are higher than those recorded on the Indian side. Stunned by India's strong retaliation, Islamabad is embarrassed by the Pakistani Army's miscalculation. The Pakistani Army will now reportedly try to use anti-India fronts like JuD to criticise India's response.

In the meantime, the Pakistani Army has urged country's TV channels not to broadcast news on damage due to firing along International Border and LoC.

The Pakistan Rangers targeted 50 border out posts (BoPs) and 35 hamlets overnight along the 192-km boundary. The escalation has triggered an exodus, with 16,000 people moving to safer areas from border villages.

Over 70 people have been injured in the ceasefire violations by Pakistan, including 15 today.

The Pakistan Rangers targeted Chillary village along IB in Samba district around 0730 hours today. In the mortar shelling, Shukuntla Devi and her daughter-in-law Poli Devi were killed while their husbands along with two children of Poli were injured, Senior Superintendent of Police (SSP), Samba, Anil Mangotra told a news agency.

All the inhabitants of village with a population 1,700 have fled from border hamlet to safety.

Along the Line of Control (LoC), the firing stopped last night in Mendhar and Poonch sectors after Indian forces gave a befitting reply, defence officials said.

Among the 15 injured today, three were BSF jawans. All of them have been shifted to Government Medical College (GMC) hospital, the SSP said.

Jorda Farm border hamlet was hit by shelling at 0900 hrs, police officials said. Six persons were injured when they were returning after night stay in shelter camp in RS Pura. They were shifted to GMC hospital for treatment, they said.

As many as 50 BSF BoPs were affected by the fire from Pakistan side, he said, adding areas along IB in Arnia, RS Pura, Kanachak and Pargwal sub-sectors in Jammu and Samba districts were targeted.

Eight people have been killed and 71 others including BSF jawans injured in Pakistani shelling and firing along LoC and IB in Jammu and Poonch districts in over two dozen ceasefire violations since October 01 this year.

On Monday, the Pakistani troops violated ceasefire by resorting to heavy firing and shelling in Arnia belt along IB in Jammu in which 5 people were killed and 34 injured.

On October 03, the Pakistani troops violated ceasefire in Gulamarg sector of Kashmir Valley and in Poonch and Jammu sectors in which a girl was killed and six persons were injured. Giving further details, the BSF spokesman said almost all the BSF posts in Samba, Hiranagar belt of Kathua district were targeted by Pak Rangers. The firing in some areas of Arnia was still going on this morning.

"BSF troops at all the places gave a strong and befitting reply to fire from Pak," he said.

There has been heavy firing and mortar shelling over 25 to 27 border hamlets in forward areas of Jammu district since last night, District Magistrate Jammu Ajeet Kumar Sahu told a news agency.

Over 15,000 people have migrated from border hamlets along IB in Jammu to safer places due to the firing and shelling, the DM said, adding that relief camps have been set up for them.

In Samba and Kathua districts, over 10 to 15 border villages have been targeted by Pakistani Rangers, officials said.

Over 1,500 to 2,000 people have also migrated from forward villages along IB in Samba and Kathua districts.