PM Narendra Modi all set to get new Air India One which can dodge missiles, withstand rocket attack

Prime Minister of India will soon get a brand new Air India One aircraft which will be much like US President Barack Obama's Air Force One, as per a media report. 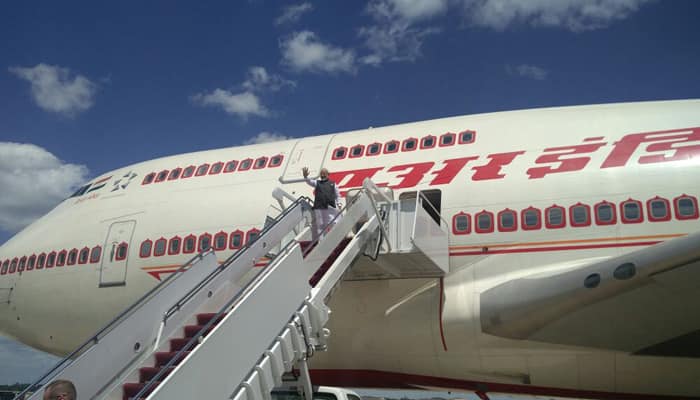 Delhi: Prime Minister of India will soon get a brand new Air India One aircraft which will be much like US President Barack Obama's Air Force One, as per a media report.

As per a report by India Today Group, Air India One's aircraft will be upgraded to state-of-the art Boeing 777-300 which will be fitted with the latest in technology.

Defence Minister Manohar Parrikar is likely to finalise the deal of two new Boeing 777-300s in the Defence Acquisition Council meeting to be held on June 25, according to details available with Aaj Tak.

The aircraft will be equipped with hi-tech security equipment and latest communication facilities.

The report further said that the aircraft can withstand grenade and rocket attack and also dodge and jam enemy radar.

The aircraft can reportedly store food for 2,000 people and will have air-to-air refuelling facilities in case of emergency.

Apart from the above, doctors will be available 24x7 in the aircraft which will be equipped with an operating theatre for emergency surgery.

Plus, broadband, radio and telecom connections and 19 TV sets will also be there, as per the report.

Boeing 777-300 will also have an executive office and bedroom.

There is a panel of 8 pilots who fly the VVIPs, and four pilots are on board at all times during the flight.

The commandos of SPG (Special Protection Group) conduct detailed checks in every corner of the plane including the fuel and water being loaded.

Also, every panel, switch, and lever is examined, and swab tests are conducted.

It was reported that after MH17 was shot down in Ukraine and Modi’s plane was just minutes away from it, the government decided to replace the aging Boeing 747-400 aircrafts.

Jyotish Guru Show: Know the solution of your problem