The Supreme Court on Monday recused Justice Uday Umesh Lalit from hearing the case of former Mohammad Shahabuddin on ground that he had appeared as a lawyer for the Rashtriya Janata Dal (RJD) MP once. 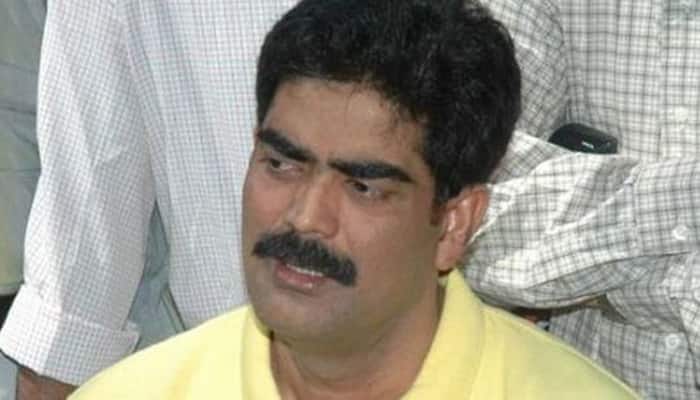 New Delhi: The Supreme Court on Monday recused Justice Uday Umesh Lalit from hearing the case of former Mohammad Shahabuddin on ground that he had appeared as a lawyer for the Rashtriya Janata Dal (RJD) MP once.

The apex court is now likely to hear the matter after four weeks.

Last month, the top court issued notice to Shahabuddin, the Bihar Government and the Centre seeking their reply to shift the former from Siwan district jail in Bihar to Tihar jail in Delhi .

The hearing of the case was scheduled to be held on November 28.Slain journalist Rajdeo Ranjan`s widow Asha Ranjan had filed a plea in the apex court seeking to shift Shahabuddin from the Siwan to the Tihar jail so that witnesses in her husband`s murder case are not influenced.

The apex court also issued notices and sought responses from Shahabuddin and Bihar Health Minister Tej Pratap Yadav.During the last hearing, Tej Pratap had admitted that he had accepted a bouquet from one of the murder accused, but denied his involvement in the murder.42-year old Ranjan, the bureau chief of The Hindustan, was shot dead in July this year at Phal Mandi near the Siwan railway station, barely half-a-kilometer from the police station.

The Bihar Government has recommended the Central Bureau Investigation (CBI) probe into the case.

The case came into limelight again after a photograph appeared in the media showing murder suspects Mohammad Kaif and Mohammad Javed with gangster-politician Mohammed Shahabuddin after his release from jail.Kaif, however, later rubbished all accusations against him and said he has no involvement in Rajdeo`s murder case.

Meanwhile, a separate petition filed by Chandrakeshwar Prasad, whose three sons had been murdered at the behest of the RJD leader.

Shahabuddin, who had been in jail for more than 10 years in connection with multiple cases, was granted bail by the Patna High Court on September 7 in connection with the murder of a man who witnessed the killing of two brothers in Siwan.