AIMPLB) has said that Supreme Court's observation calling for examining the Islamic law to do away with discriminations against Muslim women was legally not appropriate. 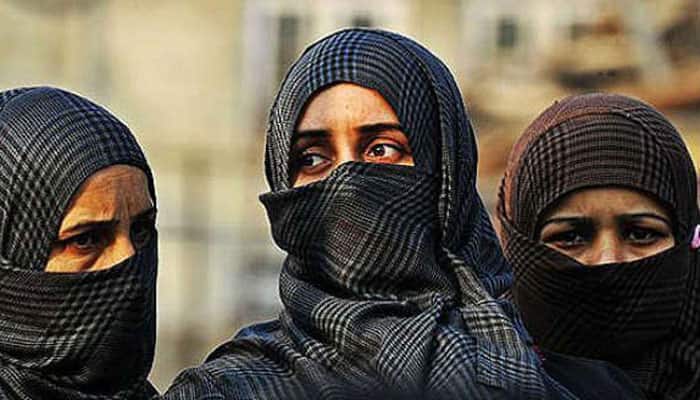 Delhi: The All India Muslim Personal Law Board (AIMPLB) has said that Supreme Court's observation calling for examining the Islamic law to do away with discriminations against Muslim women was legally not appropriate.

Senior member and spokesperson of the board, Mohammed Abdul Rahul Qureshi said to India TV, "The Supreme Court order is legally not appropriate because the Muslim law is an integral part of the religion. The right to freedom of religion is a fundamental right guaranteed under Article 25 of the Constitution."

He also said that a woman was free to do second marriage after  talaq once the iddat (period of waiting) was over.

Qureshi was further quoted by the website as saying: "It is necessary to understand the concept of talaq. After talaq, a woman is free to marry another man. After talaq, second marriage for a woman is permissible. Talaq doesn't mean that she can't marry again or be locked in a room."

Qureshi had more to say on the matter and was quoted by the website as folllows - "If a woman wants to initiate divorce, she can approach to the Khula but talaq is only given by the man. The woman has to justify why she wants talaq. Since there are no Islamic courts, imams can be contacted for this. Everything in Islam is governed by family and family is an institution. Each institution is headed by only one person. So it is obvious that that head of family will have some liberty," he replied when pointed out that don't you think there is a discrimination in the process."

At the same time he pointed out that talaq delivered through social media like Facebook, WhatsApp, SMS, email or phone calls were valid.

"A man has authority to divorce his wife. Only thing is required that two should recognise each other," Qureshi said.

Meanwhile, the Supreme Court on February 05 permitted an intervention application by the Jamaat-e-Ulema-Hind contending that Muslim personal law was protected by the right to freedom of religion guaranteed under constitution and there was sufficient protection for women`s rights under it.

A bench of Chief Justice TS Thakur, Justice AK Sikri and Justice R Banumathi permitted the organisation of Muslim clerics to intervene in the matter relating to gender equality of Muslim women that was directed to be taken up a PIL by one of the benches of the top court.

Since Attorney General Mukul Rohatgi was not present during the hearing and the National Legal Services Authority (NALSA) has yet to take a position, the court had adjourned the matter for six weeks.

A bench of Justice Anil R Dave and Justice Adarsh Kumar Goel had by their October 16, 2015 order issued notice to Rohatgi and NALSA as it directed the separate listing of a PIL addressing the question of the rights of Muslim women.

Referring to the suggestion by some lawyers that a separate PIL may be registered to go into the question of rights of Muslim women, the court had said: "We are of the view that the suggestion needs consideration in view of earlier decision of this court. The issue has also been highlighted in recent articles appearing in the press on this subject," as per IANS.

While directing a separate PIL, the court had referred to an "important issue of gender discrimination" which was not connected with the matter being dealt by the court but was raised by some lawyers concerning the rights of Muslim women.

The court noted the submission by the lawyers which said that "inspite of guarantee of the constitution, Muslim women are subjected to discrimination. There is no safeguard against arbitrary divorce and second marriage by her husband during currency of the first marriage, resulting in denial of dignity and security to her".

The court by its October 16 order had noted that several times the issue of safeguarding the Muslim women from arbitrary divorce had come up before the court but every time it was said that since the challenge to the Muslim Women (Protection of Rights on Divorce) Act, 1986 was pending before the constitution bench, there was "no reason to multiply proceedings on such an issue".

The court`s view came in the second part of its judgment in a batch of matters on the issue whether Hindu Succession (Amendment) Act, 2005, had retrospective effect.