Every year about hundreds of South Korean tourists visit Ayodhya in Uttar Pradesh to pay tributes to their legendary queen Hur Hwang-ok . 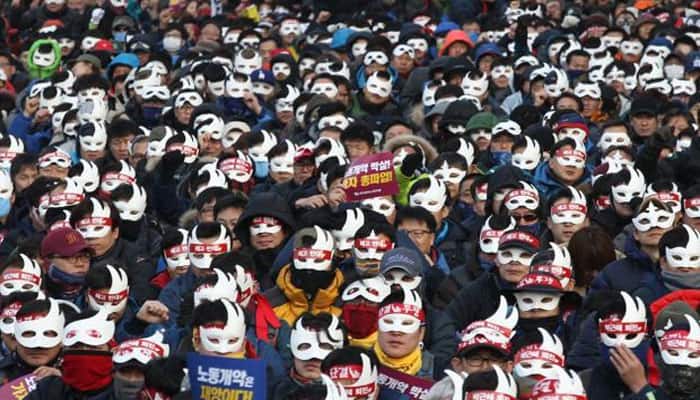 According to the historical evidence, Princess Suriratna from Ayodhya, travelled to Korea and married King Kim Suro of Karak Clan in 48 AD.

As a tribute to their legendary queen Hur Hwang-ok, descendants of the Karak clan visit Ayodhya every year. They consider Ayodhya as their maternal home. According to an estimate, South Korea has about 60 lakh people are Karak descendants at present.

Even Prime Minister Narendra Modi, during his South Korea visit last year in May, has announced to strengthen the linkage of Korean people with Ayodhya. Both the countries also agreed for a bigger monument of Queen Suriratna, also know as Hur Hwang-ok at Ayodhya.

UP CM Akhilesh Yadav during a meeting with the delegation said the proposed memorial to the princess would be constructed as per the Korean architecture from its own resources.

Yadav urged the delegation led by Kim Ki-jae, President of Central Karak Clan Society, to provide the design for the memorial at the earliest, so the government could proceed further.

The Chief Minister had a detailed discussion on bilateral cultural ties, mutual cooperation and issues related to development with the Korean delegation.

He said association of South Korean citizens with Uttar Pradesh would be made strong and extensive.