Yemen attack: Missionaries of Charity claims 'one Indian' casualty; Sushma appeals others to come back

Father Tony, a priest from Bengaluru who was present at the home, was praying in the chapel when the incident happened and escaped unharmed, however, he is still missing. 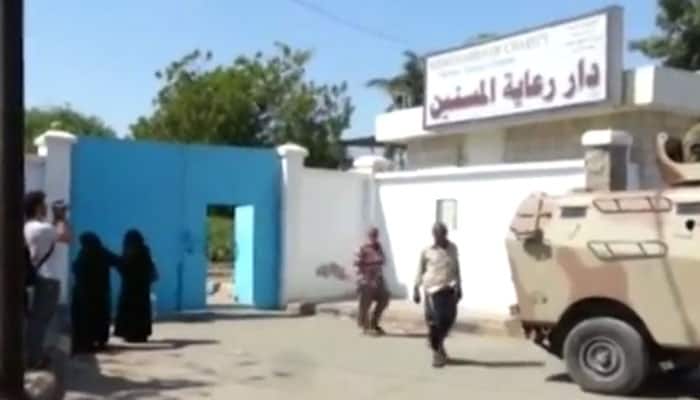 New Delhi: Hours after reports claim that four Indian nuns were killed during a terror attack in an old care home in Yemen's Aden city, Missionaries of Charity clarified that among the causalities only one was from India.

“Sister M Anselm was from Jharkhand, 2 sisters were from Rwanda & one was from Kenya. A priest from Bengaluru is missing,” ANI quoted Missionaries Of Charity Spokesperson Sunita Kumar as saying.

"This happened when the sisters were serving breakfast. There were five sisters present when the incident happened. One of them is a superior who wasn`t located by the gunmen, but the other four were shot dead. The Indian nun was sister M Anselm from Gumla in Jharkhand, the two sisters from Rwanda were sister Marguerite and sister Reginette, and sister Judith from Kenya," said Kumar.

“The superior, sister Sally who hails from Kerala, survived after she hid herself from the gunmen after a guard sounded a warning cry about the attackers,” she added.

"All of the old people in the home were unharmed but all the workers were killed. It`s amazing that all this happened within seconds," Kumar added.

Meanwhile, External Affairs Minister took to Twitter to lament the death of the reported four Indians.

“Yemen - Four Indian nurses have been killed in a terrorist attack today. I am sorry the nurses stayed back/returned ignoring our advisories. I appeal to all Indians in such danger zones to please come back to India,” Swaraj tweeted.

Yemen - Four Indian nurses have been killed in a terrorist attack today. I am sorry the nurses stayed back/returned ignoring our advisories.

I appeal to all Indians in such danger zones to please come back to India.

The development comes shortly after the External Affairs Ministry Spokesperson Vikas Swarup said that government was trying to find out details of the Indians killed in the attack.

"We are trying to ascertain the details of the Indian victims," he said.

According to reports, the nuns were first handcuffed and then shot at point blank range.

Father Tony, a priest from Bengaluru who was present at the home, was praying in the chapel when the incident happened and escaped unharmed, however, he is still missing.

“The terrorists, numbering between 2 and 4, asked the guard to open the gate of the elderly home on the pretext of visiting their mothers. On entering inside, they first shot dead the gate keeper and then started shooting randomly on the inmates,” DNA quoted officials in India's camp office in Djibouti as saying.

No terror group immediately claimed credit for the slaughter.Missionaries of Charity nuns also came under attack in Yemen in 1998, when gunmen killed three nuns in the Red Sea port city of Hodeida.

The home, set up by Mother Teresa in 1992, houses 61 elderly destitutes.

A group of well-armed gunmen stormed the home in Sheikh Othman district and opened random fire after killing the building's guards, the official said.

A senior official of Aden's local government told Xinhua that suspected gunmen of the Yemen-based affiliate of the Islamic State (IS) group were behind the terrorist attack.

Aden, Yemen's temporary capital, has been witnessing chaos and lawlessness during the past weeks, resulting in the assassination of its former governor, several high-ranking security officers and judges.