Burhan Muzaffar Wani, the most wanted militant, who became a poster boy of militant outfit Hizbul Mujhaideen was killed in an encounter on Friday. 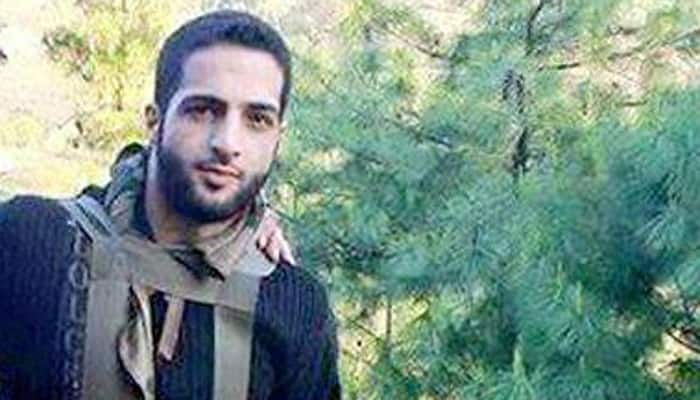 Srinagar: Burhan Muzaffar Wani, the most wanted militant, who became a poster boy of militant outfit Hizbul Mujhaideen was killed in an encounter on Friday.

Reports today said that the 21-year-old Burhan, who carried a cash reward of Rs 10 lakh on his head, had relation with several girls.

The reports said that one of his girlfriend was unhappy with Wani's relationship with other girls and wanted to teach him a lesson.

It is being learnt that the same girl became an informer and told the security officials about Wani's movement.

The girl informed the officials that Wani's was moving in Anantnag district, following which the whole area was gheraoed and after intense firing the Hizbul commander was killed.

For the last one and a half years, Burhan Wani had become an icon of militancy in Jammu and Kashmir and carried a reward of Rs one million on his head.

Wani had recently posted a video on social media threatening local policemen and other security forces with dire consequences if they carried out anti-militancy operations in Kashmir.

Protesters today attacked police posts and security personnel in several areas and targeted BJP office in Kulgam as violence broke out in Kashmir Valley, a day after Wani was killed in an encounter.

UP Bypolls: Akhilesh Yadav accused of irregularities in the elections

Home Minister Amit Shah voted along with his family and then visited Kameshwar Mahadev.

Gujarat Election 2022: What is the expectation of youth regarding Gujarat elections, listen to them