Abdul Gani Mir was a contractual worker at the institute for the past four years. 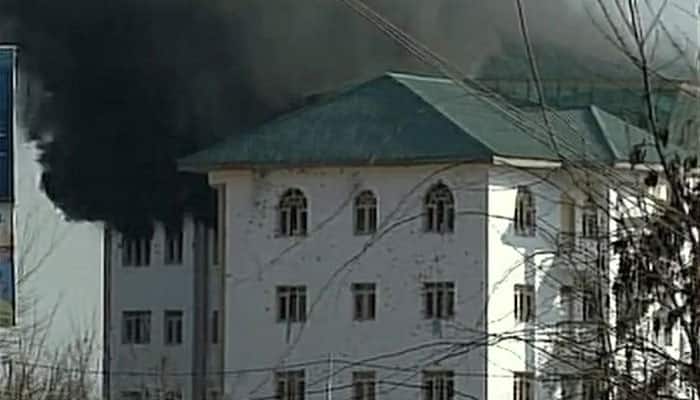 Srinagar: The lone civilian, who died when a militants' bullet pierced through his body, was a gardener and left behind a family of four in deep trauma - unable to come to terms with their loss.

Abdul Gani Mir from Gundipora village and the only breadwinner of the family left behind his 11-year old son, two young daughters and a wailing wife.

Mir was caught in the crossfire between militants and armed forces at the Entrepreneurship Development Institute (EDI) near Pampore in J&K on Saturday where he worked as a gardener.

He succumbed to his wounds in a hospital in Srinagar late in the evening. He was hit by a bullet in the abdomen.

This is not the first time that life has inflicted pain on the Mir family. One of Mir's relatives was shot dead by militants during an attack in 2013.

“The family has been left helpless. Abdul Gani would earn few thousand rupees as an employee in the training institute and support his family. Except God, there is totally no one to support them now,” the Indian Express quoted one of Mir's relatives as saying.

Abdul Gani Mir was a contractual worker at the institute for the past four years.

His death has left the employees at the institute heartbroken with his colleagues describing him as a humble and religious person who would work hard to “make the garden clean and beautiful.”

'Only time can tell', says Mehbooba ​Mufti on govt formation in J&K