The president of a gram panchayat in Karnataka's Mandya district was caught on camera attempting to rape a women employee. 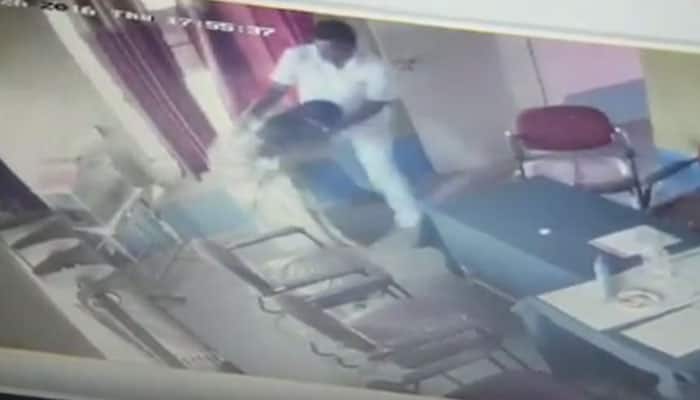 Bengaluru: In a shocking incident, the president of a gram panchayat in Karnataka's Mandya district attempted to rape a women employee on Thursday evening.

Chandrahasa (30), the accused was caught on camera trying to molest the victim. However, he has been arrested now.

Chandrahasa has been charged with attempt to rape a woman who has been working as a Group D employee in the gram panchayat for over six years.

The accused was arrested after the panchayat employees filed a complaint of rape against him at Kesturu Police Station on Friday.

The incident occurred in the office after working hours at around 6 pm on Thursday, but the woman managed to escape.

When she returned for work in the morning, she told fellow employees who then confronted Chandrahasa, who reportedly claimed that he had only asked her to sweep the floor.

However, upon checking the CCTV footage of the office, they saw that Chandrahasa was attempting to drag the woman while she attempted to free herself from his grip.
Within minutes of the pushing and pulling Chandrahasa lifted her and walked behind the camera.

After seeing the footage, the panchayat employees then thrashed him before handing him over to the police.