The Supreme Court had on Monday gave Karnataka three days to respond to Tamil Nadu's plea and release 15,000 cusecs of water daily for 10 days from September 7-16. 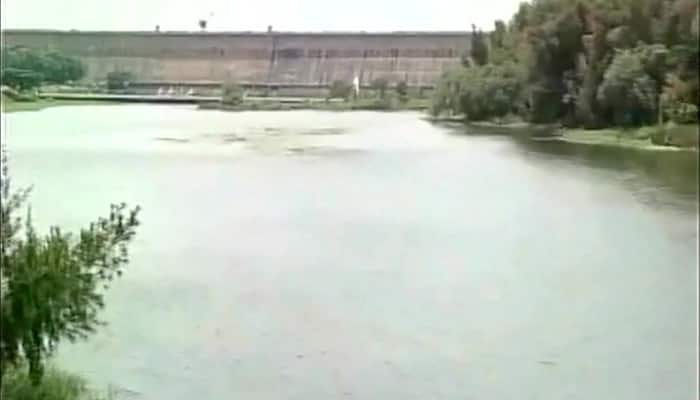 Bengaluru: The Karnataka government on Wednesday began releasing Cauvery water to Tamil Nadu as directed by the Supreme Court.

Meanwhile, protesters have intensified their agitation in the state blocking several roads and forcing schools and colleges to shut down. In Mandya, agitated farmers and activists belonging to pro-Kannada outfits have blocked Bengaluru-Mysuru Highway to protest against the top court's order.

On Tuesday, Karnataka Chief Minister Siddaramaiah told the media after a three-hour long all-party meeting at the state secretariat here: "Despite severe hardship faced by Karnataka, the state will release water as directed by the order of the Supreme Court."

The SC had on Monday gave Karnataka three days to respond to Tamil Nadu's plea and release 15,000 cusecs of water daily for 10 days from September 7-16.

Reiterating that the state was bound to abide by the apex court order under the Constitution, the Chief Minister said the state had accepted to release water with a heavy heart despite being in a distress situation. The Chief Minister had also appealed to the people of the state to maintain calm and not to disrupt normal life by blocking roads and damaging public property.

Meanwhile, TB Jaychandra, the Karnataka Law Minister, appealed to the public not to take law and order in their hands and to maintain peace.

"We know that the Supreme Court is the highest court in the country. We have to oblige to their orders. My appeal to the public is not to resort to agitation and keep calm. They should cooperate with the state government," Jaychandra told news agency ANI.

On Tuesday also, a day-long shutdown was observed in Mandya district.

Besides disrupting normal life in the district, about 100km from Bengaluru, the shutdown led to the closure of schools, colleges, offices shops, hotels, theatres and petrol bunks.

Hundreds of protestors staged massive rallies and demonstrations in the district, blocking vehicular traffic on the Bengaluru-Mysuru state highway.

Though about 2,400 police personnel were deployed to maintain law and order, the angry protestors comprising farmers, traders and youth damaged the district office of the ruling Congress and attacked the state public works department office.

The state-run transport corporation (KSRTC) suspended bus services in the district and across the Mysuru region. Buses to and from Tamil Nadu across the border also did not ply during the day.

In a related development, police have tightened security and stepped up vigil in and around the four reservoirs -- Kabini, Krishna Rajendra Sagar (KRS), Hemavathi and Harangi -- in the river basin as hundreds of farmers threatened to lay siege if more water was released to the neighbouring state.