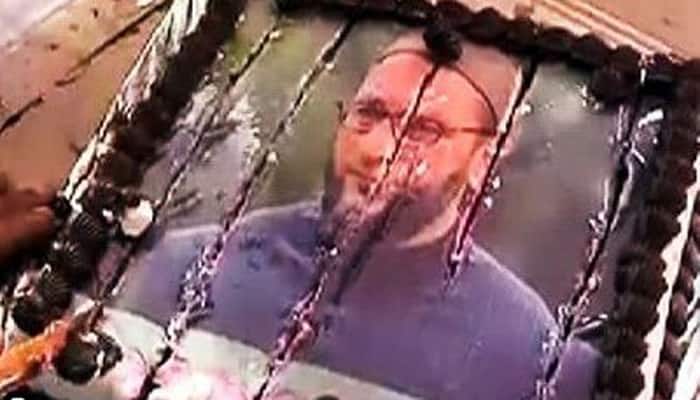 Mumbai: Maharashtra Navnirman Sena (MNS) chief Raj Thackeray, who turned 48 on Tuesday, celebrated his birthday in a way which many would say only he can.

A cake with the image of All India Majlis-e-Ittehadul Muslimeen (AIMIM) president Asaduddin Owaisi was cut during the celebrations to mark his birthday.

Raj was greeted by his supporters at his residence 'Krishna Kunj' at Dadar in central Mumbai, where some supporters brought the cake with Owaisi's image on it and cut it.

The cake was eaten by all of them, after which the MNS chief reportedly said that whoever will speak against Maharashtra will be cut into pieces.

The action drew condemnation from AIMIM, whose MLA Waris Pathan demanded action against those who cut the cake.

Raj had targeted Owaisi triggered a row early this year saying he would not chant 'bharat mata ki jai', even if a knife is put to his throat.

"Come to Maharashtra, I will put a knife to your throat," the MNS chief had said.