Chintan Upadhayay, the estranged husband of artist Hema Upadhyay, plotted the murder of his wife as he apparently wanted to get rid of the court cases that he was fighting with her, police said on Wednesday. 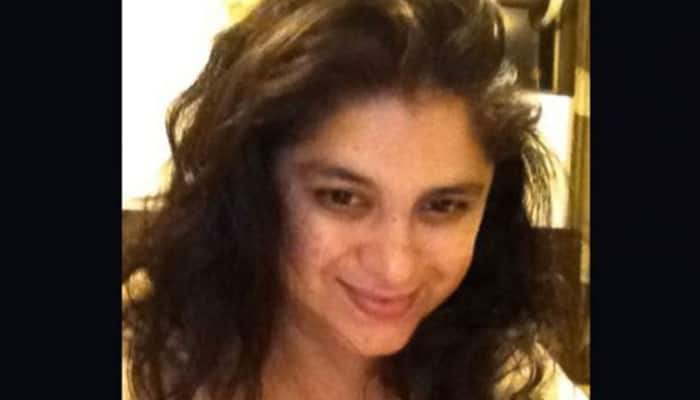 Mumbai: Chintan Upadhayay, the estranged husband of artist Hema Upadhyay, plotted the murder of his wife as he apparently wanted to get rid of the court cases that he was fighting with her, police said on Wednesday.

Chintan, also an artist and a "prime suspect" in the case ever since the twin murders of Hema (43) and her lawyer Harish Bhambhani (65) came to light on December 12, was arrested yesterday and sent in police custody till January 1.

"He was being questioned for last 10 days. He was arrested yesterday after we collected evidences against him," a senior police official said.

According to police, Chintan was fed up of the court cases he was fighting with Hema and plotted to kill her apparently to get rid of them.

It was Chintan's plan to call Hema to Vidyadhar Rajbhar's warehouse in suburban Kandivali, where she and her lawyers were murdered, the official said.

Vidyadhar, who is still at large, had arranged one of his employees to call Hema, pretending to be Jaipur-based domestic help of Chintan, about some evidence that would help her in the divorce case, he said.

The first call was made from Jaipur in November. Both Chintan and Vidyadhar were there in connection with an art festival, he said.

Hema had asked the caller to come to Dadar to examine the evidence, but Vidyadhar made the artist to come to his warehouse in Kandivali, claiming that his domestic help did not find Dadar safe.

Hema agreed to come to he warehouse with her lawyer Harish Bhambhani.

The accused allegedly killed both of them as they did not want to leave any evidence, police said.

Police said Chintan and others planned the murder about two months back.

They had allegedly met at an unknown place and discussed about money to be paid for executing the murder.

There are chances that some amount was paid in advance, the police officer said, adding that there could be another brain behind the conspiracy.

Hema, a Baroda-born installation artist, was locked in bitter divorce proceedings with Chintan. She had in 2013 filed a case against him alleging that he painted obscene pictures of women on the walls of their matrimonial home in Mumbai to harass her. Bhambhani had represented Hema in this case.

According to police, Chintan was under the scanner after bodies of the artist and her lawyer, wrapped in plastic and packed in separate cardboard boxes, were found dumped in a drain in Kandivali on December 12.

Based on the statements of Hema's relatives, Chintan was constantly grilled for days by police officers in connection with the twin murders.

Besides Chintan, the four other persons arrested in the case are - Azad Rajbhar, Pradeep Rajbhar, Vijay Rajbhar and Shivkumar Rajbhar alias Sadhu. They have been booked for murder and causing disappearance of evidence.

The police custody of the four accused was yesterday extended till December 28.

In the remand application, police yesterday said that Vidyadhar, who is still at large, played a very important role in the crime and was in constant touch with Chintan.

Police also told the court they might even have to take Chintan to other states for further investigation.

Missing youth, 'suspected' to have joined ISIS, detained in Pune