The 19.47 km railway line will connect Mendipathar to Dudhnoi in Assam`s Goalpara district. 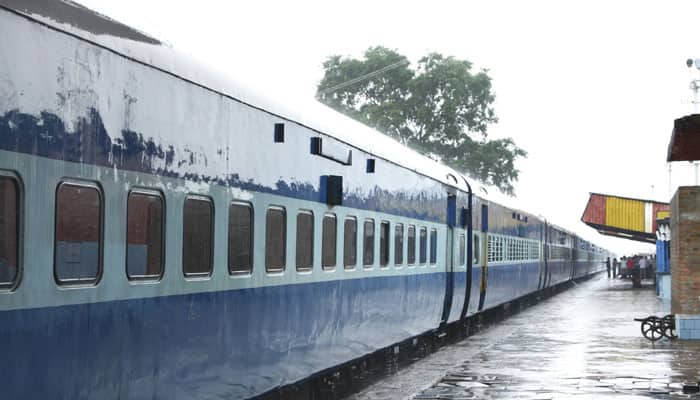 Shillong: Meghalaya Chief Minister Mukul Sangma has asked railway officials to work out plans and design for rail connectivity between Shillong and Sohra.

Sangma, who held a review meeting with Northeast Frontier Railway (NFR) officials on Thursday, said the proposed Shillong-Sohra railway link would provide new opportunities for the state and the people who would utilise the railway for high-end tourism destination and as separate facility for farmers.

Sohra, known as one of the wettest places on the earth, is about 50 km from Shillong, the state capital.

In 1895-96, the British provincial government of united Assam built the Cherra (Sohra) Companyganj State Railways and it was one of the first railway projects of that era.

It was a contemporary of the Darjeeling Himalayan Railways or the "Toy Train" now listed as World Heritage.

"It will be the most sought after train ride for people who would like to visit Meghalaya again and again. This will also provide a kind of train ride for couples enjoying their honeymoon or others celebrating their anniversary in the midst of beauty and nature," Sangma told media persons.

The Meghalaya government`s proposal for the Shillong-Sohra railway line is significant in the wake of the violent protests in Khasi-Jaintia Hills region opposing the ongoing railway project connecting Meghalaya`s Byrnihat in Ri Bhoi district with Assam`s Tetelia in Kamrup district.

Railways have been opposed in Meghalaya by the Khasi Students` Union, claiming that it would encourage influx.

"I have asked the railway authorities to work out modalities for putting in place facilities that would dispel apprehensions over influx and illegal immigrants," Sangma said.

Prime Minister Narendra Modi had inaugurated the first railway station at Mendipathar in the Garo Hills on November 30, 2014.

The 19.47 km railway line will connect Mendipathar to Dudhnoi in Assam`s Goalpara district.