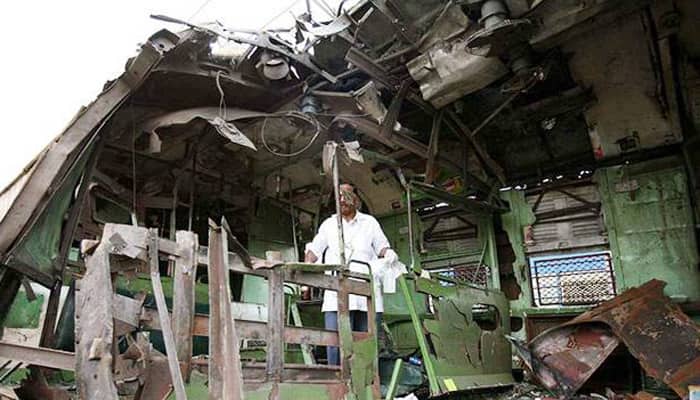 Delhi: In a sensational revelation, it has come to the fore that a Mumbai train attacks accused had named controversial Islamic preacher Zakir Naik as an inspiration.

As per a report in CNN-News18, it has also been revealed that mastermind Rahil Sheikh spent much of his time at Naik's Islamic Research Foundation (IRF). Sheikh is accused in a series of train bombings in Mumbai in 2006.

Seven serial blasts had ripped through Mumbai's suburban railway network at peak hour on July 11, 2006, leaving at least 147 dead. The death toll had risen to 189 later.

Trained as a computer engineer, Sheikh's brothers Faisal and Muzammil Shaikh were charged in the 2006 bombings. Various reports had said that as per intelligence agency sources, Sheikh's telephone records had indicated that he had been receiving calls from Saudi Arabia, Dubai, Nepal and Bangladesh.

Also, it has been suggested that he was acting as the point man to collect funds and pass it on to the LeT which is said to have carried out the attacks.

Sheikh is said to have travelled to Pakistan.

Meanwhile, Maharashtra government today asked Mumbai Police to conduct a probe into Naik's speeches amid reports that his sermons inspired one of the terrorists involved in the attack on a restaurant in Dhaka.

"I have asked the Mumbai Police Commissioner to conduct a probe (into Naik's speeches) and submit a report," Chief Minister Devendra Fadnavis told PTI today.

Everything, including Naik's speeches, his social media accounts, sources of funding (of a foundation run by him in Mumbai) will be scrutinised, said Fadnavis, who also holds the Home portfolio.

The direction comes amid reports that one of the terrorists who attacked an upmarket restaurant (Holey Artisan Bakery) in the Bangladeshi capital a few days ago, killing 22 people, was inspired by sermons of the 50-year-old Mumbai-based Islamic scholar.

On the other hand, the new Information and Broadcasting Minister M Venkaiah Naidu called Naik's speeches, as being reported in the media, as highly objectionable

"The Home Ministry will study (his speeches). It will take appropriate action after studying them," he told reporters in Delhi.

Minister of State for Home Kiren Rijiju had yesterday hinted at action against Naik after looking into whether the preacher through his speeches glorifies terrorist acts by Muslims.

Naik has denied propagating terrorism in any way.

"I totally disagree (with suggestion) that I inspired this act of killing innocent people. There is not a single talk of mine where I encouraged anyone to kill another persons - Muslim or non-Muslim," said Naik, who has been banned in a few countries.

Totally against terrorism and killing of innocent: Naik