Gangster Kumar Pillai had been taken into custody in Singapore after a Red Corner Notice (RCN) was issued against him by Interpol. 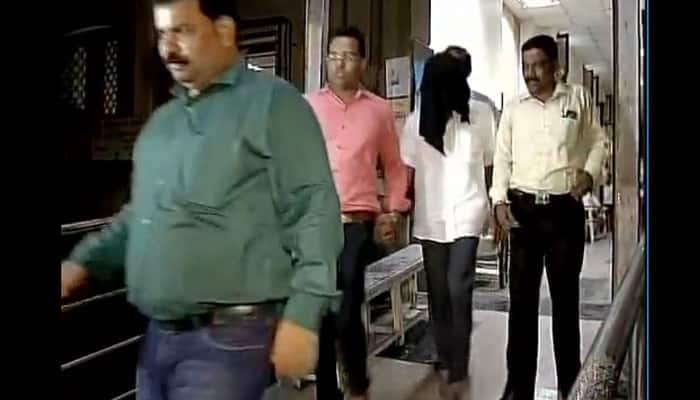 Mumbai: Gangster Kumar Pillai was on Monday brought in Mumbai from Singapore where he was arrested in February.

A police team carrying Pillai landed at the international airport at around 10 pm on a flight from Singapore after the formalities of his extradition were successfully completed.

The wanted gangster had been taken into custody in Singapore after a Red Corner Notice (RCN) was issued against him by Interpol.

A police officer said that local cops mainly relied on a set of Pillai`s fingerprints, taken nearly 26 years ago, while preparing dossiers seeking his extradition.

The gangster has several cases against him in Mumbai, including murder, attempt to murder, extortion etc.

Before fleeing Mumbai in the 1990s, Pillai was arrested only once and later jumped bail.

Eastern suburbs of Vikhroli and Bhandup were used to be his strongholds where he started his criminal career and subsequently graduated into a dreaded gangster who used to extort money from builders in the suburbs.

Sources said the crime branch officials strongly believed that Pillai had had links with the Liberation Tigers of Tamil Eelam (LTTE).