Even as Army Chief General Dalbir Singh Suhag called off his four-day visit to Bhutan which was scheduled to start Monday in view of Chinese incursions in Ladakh, the Indian Army had to make a tactical retreat of about two kilometres inside Indian territory at one of the eight points in Chumar, as per reports. 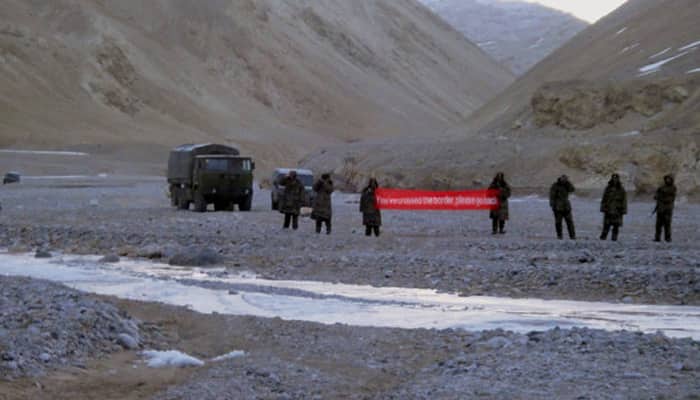 New Delhi: Even as Army Chief General Dalbir Singh Suhag called off his four-day visit to Bhutan which was scheduled to start Monday in view of Chinese incursions in Ladakh, the Indian Army had to make a tactical retreat of about two kilometres inside Indian territory at one of the eight points in Chumar, as per reports.

A leading daily reported that as per Union Home Ministry sources the Chinese troops were continuing being aggressive and three days back they had forced the Indian troops to make a tactical retreat in Chumar.

The report also quoted a government official saying that the retreat was made because the Chinese strength on that point was far greater. However, the India Army is holding its positions now after more reinforcements were sent.

Over 1,000 Indian troops are said to be maintaining their forward deployment in the Chumar region.

Chinese troops have pitched their tents in the area and Chinese helicopters were seen dropping food packets for the soldiers, although none of them violated the air space. The food packets were later collected by the PLA personnel, PTI reported.

Tension in the area erupted on Sunday when some Chinese workers, who were constructing a road on their side, crossed into the Indian side and also claimed that they had orders to build a road up to Tible, 5-km deep inside Indian territory.

Chumar was at the centre of the fortnight-long stand-off last year in Daulat Beg Oldie (DBO) as the Chinese side had objected to overhead bunkers erected by the Indian side.

As part of an agreement reached at the flag meeting to end that impasse in April-May 2013 at DBO, the Indian side had to dismantle some overhead bunkers in the Chumar area.

During winter this year, Chinese soldiers attempted to enter the area riding on horses. The area has witnessed frequent incursion attempts by Chinese troops.

Meanwhile, the decision of Army Chief to put off Bhutan trip has been taken at a time when, for the last more than 10 days, Chinese troops have been sitting on this side of the Indian boundary in Chumar area of Ladakh.

Reports also suggest that the government may send more troops in the areas if the standoff persists.

The 30-R post in Chumar has been frequented by PLA often as Indian Army has kept an observation post which dominates the Line of Actual Control (LAC) and gives advantage to India in keeping a vigil on the Chinese activity deep across the border.

Prime Minister Narendra Modi had raised the border issue with Chinese President Xi Jinping when the latter was on a visit to India recently.

He had said that solving the boundary issue between the two countries was important for growing economic cooperation and had added that a clarification on the LAC was important.

On his part Jinping had said that both India and China were capable of managing the border situation effectively and had added that it should be dealt in a way that it did not have an impact on ties.

Barack Obama to host Benjamin Netanyahu at White House on October 01: US official