Europe will launch an experimental "space plane" on Wednesday, a car-sized, wingless vessel whose 100-minute unmanned mission will inform the design of reusable spacecraft of the future. 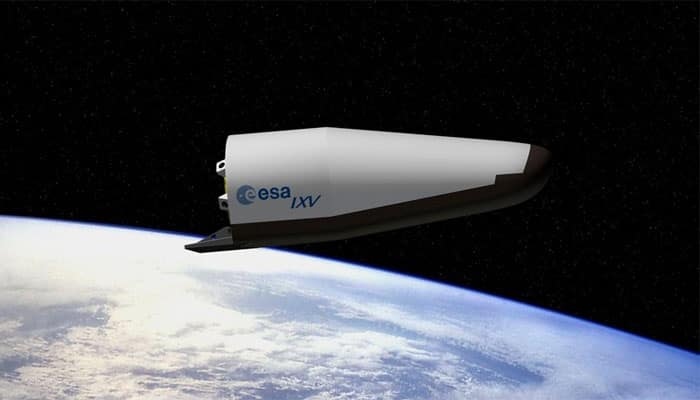 Paris: Europe will launch an experimental "space plane" on Wednesday, a car-sized, wingless vessel whose 100-minute unmanned mission will inform the design of reusable spacecraft of the future.

Reentry is a major challenge for the aerospace industry -- as illustrated when Space Shuttle Columbia disintegrated in Earth`s atmosphere in February 2003, killing all seven crew.

Friction with the Earth`s atmosphere slows the returning craft, but also heats the outside to scorching temperatures.

If the reentry angle is too steep the craft will burn up, too shallow and it may bounce off the atmosphere or pierce through but completely miss its landing target.

These are the types of conditions that the European Space Agency`s Intermediate eXperimental Vehicle (IXV) are meant to test.

"We are able to go (to space), we are able to stay in orbit, what we want to learn today is to close the loop, to return from orbit, and this is one of the most complex disciplines in space activity," IXV programme manager Giorgio Tumino told AFP.

The craft is equipped with more than 300 sensors, including infrared cameras, and its maiden trip will seek to "really capture all the key phenomena that are unknown, are not predictable on the ground. You really need in-flight experience for this," Tumino said.

The IXV sports an innovative body shape its designers hope will balance reliability with manoeuvrability.

Most reentry craft carrying astronauts have been flat-bottomed capsules landing with parachutes -- a simpler design that offers little control for landing on target.

NASA`s winged Space Shuttle, on the other hand, could land accurately on an airstrip but was heavy, complex and expensive -- and damage to heat-resistant panels on a wing is what caused the Columbia disaster. The shuttle has since been retired.

The IXV has a design somewhere between the two -- an aerodynamic shape that creates the lift needed to fly, but without wings -- called a "lifting body".

Four thrusters and two hind steering flaps will stabilise and angle the craft, while ceramic thermal protection panels will shield it from temperatures up to 1,700 degrees Celsius (3,092 degrees Fahrenheit) on reentry -- hot enough to melt metal.

The two-tonne, five metre-long (16 foot) plane is scheduled to be blasted into space on a Vega rocket from ESA`s space pad in Kourou, French Guiana, at 1300 GMT next Wednesday.

It will separate from the launcher about 18 minutes later, some 320 kilometres (200 miles) above Earth, and then climb to a height of about 450km before starting its descent at several times the speed of sound, recording valuable data along the way.

A parachute will deploy to slow the descent, and balloons will keep the craft afloat after splashdown in the Pacific Ocean, where it will be recovered by a ship for analysis.

"The IXV mission will test cutting-edge system and technology aspects to provide Europe with an independent reentry capability, and a building block for reusable space transportation systems," said an ESA statement.

"ESA has developed the capabilities to deliver spacecraft into orbit, dock automatically with cooperative or non-cooperative targets, and even land on celestial objects far away in our Solar System.

"Mastering autonomous return from orbit and soft landing will open a new chapter."Since NASA retired its Space Shuttle, Russia`s Soyuz is the only spacecraft that can ferry astronauts to and from the orbiting International Space Station. Private company Space X`s Dragon is the only reentry cargo craft.

Boeing and SpaceX are developing reusable astronaut carriers for NASA, which is also working on the Orion craft it hopes will take humans to Mars. All are based on the capsule design.

"Today we have our astronauts flying in Russian capsules, if one day we want them with the capability to fly back with European technology, this is fundamental," Tumino said of the IXV mission.

Scott Pace, director of the Space Policy Institute at George Washington University told AFP a successful flight would be "a significant step".

"It is possible to imagine future developments that would allow the return of astronauts, as well as cargo, from orbit. However, that level of development would be much more expensive and challenging," he added.

Russia Vs Ukraine War: Vladimir Putin made a big allegation, said, 'War because of western countries'

8-Year-Old Tanmay, who fell in MP Betul's Borewell declared Dead by the Doctors

EXCLUSIVE: Interview with the forensic expert on Aftab’s polygraph test and Shraddha’s murder