The population of indigenous cattle has decreased by 8.94 per cent even as the number of female animals has increased. 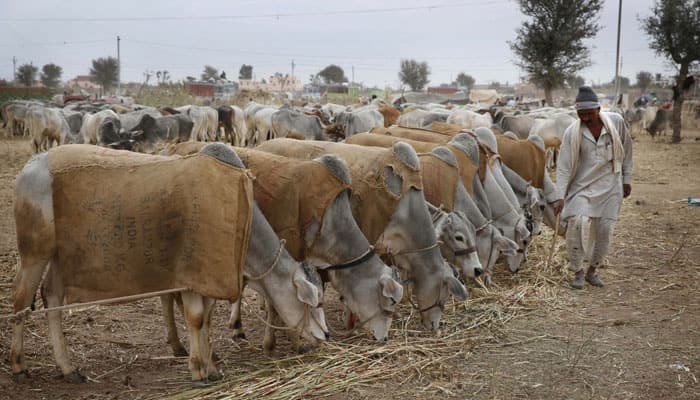 The news might not be music to the ears, especially as the country is witnessing a shortage in rainfall – farmers are known to sell cattle in distress.

The survey points to a gloomy picture. In a country where the biggest chunk of population is dependent on farming and allied activities, and where domestic animals form a substantial base of a farmer’s incomes, it points to a reduced level of support families get from livestock rearing.

The census report comes from an elaborate exercise conducted throughout the country. The survey has disaggregated the population on lines of male and female animal populations. No prizes of guessing though, the number of female animals has increased, while the number of the males has reduced.

The survey says that the female cattle (cows) population has increased by 6.52 per cent over the previous census (2007) and the total number of female cattle in 2012 is 122.9 million numbers.

Sadly, the population of indigenous cattle has decreased by 8.94 per cent.

Animals known as beasts of burden have also shown a decline in their population growth. The camel population has decreased by 22.48% over the previous census and the total Camels in the country is 0.4 million numbers in 2012.

The mountainous regions particularly the northeastern part of the country has good news as the Mithun and Yak population has registered a growth rates of 12.98 per cent and -7.64 per cent respectively over the previous census.

Research reveals why do people react differently to similar setbacks