A team of US scientists has challenged the popular scientific model that the physical universe - space, time, matter and energy - ballooned out from a very hot and dense point and inflated with a Big Bang into how we see the universe today. 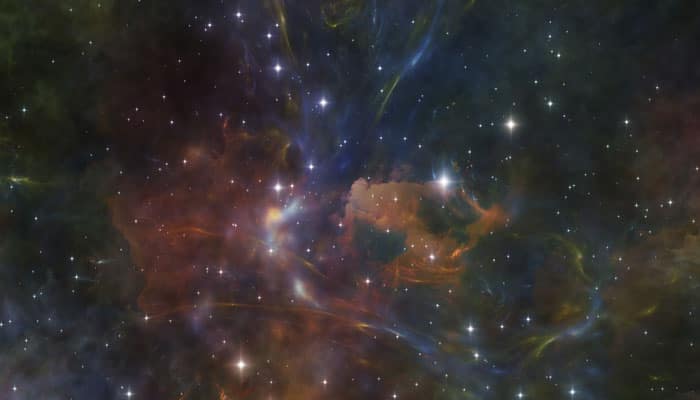 Washington: A team of US scientists has challenged the popular scientific model that the physical universe - space, time, matter and energy - ballooned out from a very hot and dense point and inflated with a Big Bang into how we see the universe today.

According to new research, there was a shorter secondary inflationary period that can account for the amount of dark matter estimated to exist throughout the cosmos.

“In general, a fundamental theory of nature can explain certain phenomena but it may not always end up giving you the right amount of dark matter,” said Hooman Davoudiasl, group leader at US Department of Energy's Brookhaven National Laboratory and an author of the paper.

“If you come up with too little dark matter you can suggest another source but having too much is a problem,” he added in a paper published in the journal Physical Review Letters, .

Measuring the amount of dark matter in the universe is no easy task. It is dark after all, so it doesn't interact in any significant way with ordinary matter.

Davoudiasl and his colleagues added a step to the commonly accepted events at the inception of space and time.

In standard cosmology, the expansion of the universe called cosmic inflation began perhaps as early as 10-35 seconds after the beginning of time.

This explosive expansion of the entirety of space lasted mere fractions of a fraction of a second, eventually leading to a hot universe, followed by a cooling period that has continued until the present day.

Then, when the universe was just seconds to minutes old -- that is, cool enough -- the formation of the lighter elements began.

“Between those milestones, there may have been other inflationary interludes,” said Davoudiasl.

Davoudiasl and his colleagues suggest that this inflationary period was powered by interactions in a “hidden sector” of physics.

This milder period of inflation, characterised by a rapid increase in volume, would dilute primordial particle abundances, potentially leaving the universe with the density of dark matter we observe today.

“It's definitely not the standard cosmology, but you have to accept that the universe may not be governed by things in the standard way that we thought," the authors noted.

“If this secondary inflationary period happened, it could be characterised by energies within the reach of experiments at accelerators such as the Relativistic Heavy Ion Collider (RHIC) and the Large Hadron Collider," Davoudiasl suggested.

Only time will tell if signs of a “hidden sector” show up in collisions within these colliders or in other experimental facilities.