An examination of the ornamental fish market in southern China has led to the discovery of a new species and even a new genus of freshwater crab, researchers have reported. 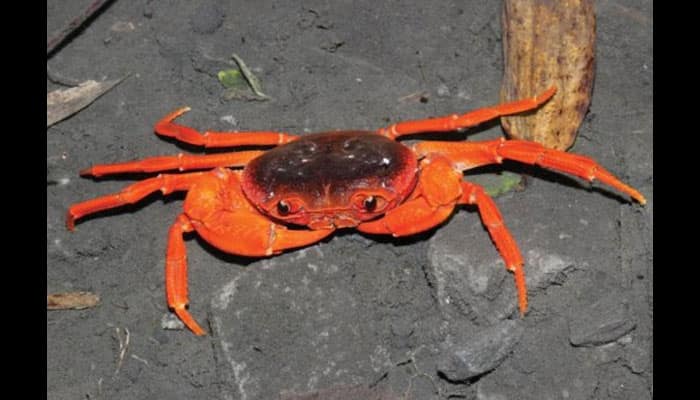 Beijing: An examination of the ornamental fish market in southern China has led to the discovery of a new species and even a new genus of freshwater crab, researchers have reported.

Knowing about the growing demand for eye-catching freshwater crabs from southern China, the authors took a look at the ornamental fish market to eventually identify an individual with unusually structured male gonopod, which in crustaceans is a swimming appendage modified to serve as a reproductive organ.

Having their interest drawn by the peculiar crab, study lead author Chao Huang from Sun Yat-sen University in China managed to persuade the fish dealer to let them survey the collection site located in Guangdong, southern China.

Despite superficial resemblance to an already existing freshwater crab genus, at second glance, the crab turned out to be quite distinct thanks to a unique set of features including the carapace, the gonopod and the relatively long and slender legs.

Once the molecular analyses' results were also in, the authors had enough evidence to assign the freshwater crab as a species and even a genus new to science.

Being a primarily aquatic species, the new crab prefers the pools of limestone hill streams, therefore its name Yuebeipotamon calciatile, where calciatile means 'living on limestone'.

To adapt to the habitat, the species seems to have developed its characteristic slender legs, which make it easier for the crab to climb and move around whenever the short-lived limestone hill streams make it search for a new home, the researchers reported in the journal ZooKeys.

The carapace of the new crab is usually coloured in maroon to dark brown, while the claws and legs are reddish to purplish, the study said.