In general, theropods, including Tyrannosaurus, are carnivorous. But Fukuivenator, which had a long neck, is believed to have been omnivorous. 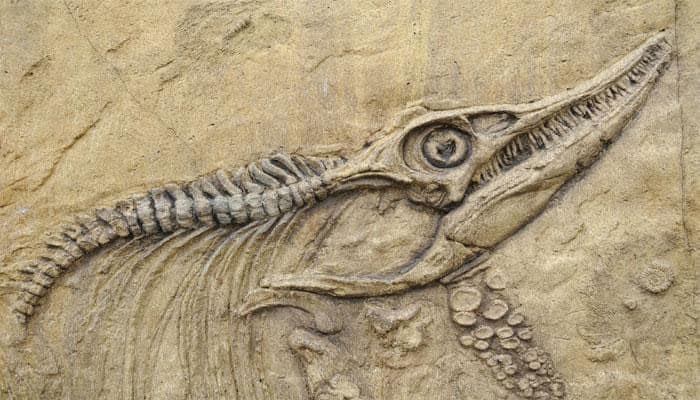 Tokyo: A new dinosaur fossil has been found in Japan's Fukui prefecture, bringing the number of species discovered in the country to seven, the media reported on Saturday.

According to fossil analysis, the new creature was a small theropod that had both primitive and derived features, according to the Fukui Prefectural Dinosaur Museum. It has been named Fukuivenator paradoxus, or “paradoxical hunter of Fukui”, The Japan Times reported.

Fukuivenator is a species that existed when theropods began to evolve into birds. Fukuivenator “failed to become a bird”, an expert said.

Fukuivenator was about 2.5 metres long and weighed about 25 kg.

The discovery emerged from a study of some 160 fossil fragments from an animal found in August 2007 in a stratum from the Lower Cretaceous period, some 120 million years ago. Some 70 percent of its body parts were left in very good condition.

Fukuivenator, which was covered with feathers, had two-forked cervical vertebrae, which are not found in any other theropod. Its hearing was equivalent to that of birds, and the shapes of its scapula and thighbones are similar to those of the primitive Coelurosaur, from which flying animals originated.

In general, theropods, including Tyrannosaurus, are carnivorous. But Fukuivenator, which had a long neck, is believed to have been omnivorous.

Fossils of four new dinosaur species were found in the same stratum where those of Fukuivenator were excavated.

Best utility apps for women over 60!