Researchers have presented a new teaching tool called CoWriter that makes a robot play the role of the peer who needs to be taught. 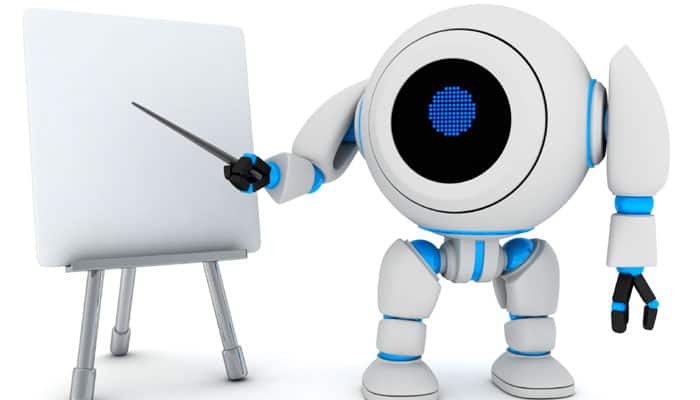 Washington: Researchers have presented a new teaching tool called CoWriter that makes a robot play the role of the peer who needs to be taught.

The programme, presented at the Conference on Human-Robot Interaction (HRI) in Portland, is based on learning by teaching, a recognised principle in pedagogy.

"Essentially, the goal is to provide a tool for teachers that is given a new role in the classroom, that of a student who knows even less than the slowest student in the class," said Severin Lemaignan from EPFL, Switzerland, one of the authors.

Scientists developed progressive writing algorithms and implemented them on an existing robot model - a 58 cm tall humanoid, designed to be likeable and interact with humans.

It is also possible to programme the robot so that it addresses the particular difficulties of a student.

With these algorithms, the machine can clumsily draw words on demand, and then gradually improve.

The CoWriter system, still in the prototype stage, has already been used in primary school lessons.

HBO to team up with Apple for standalone streaming service?