Centaurs estimated to number around 44,000 are minor planets with diameters larger than one kilometre. 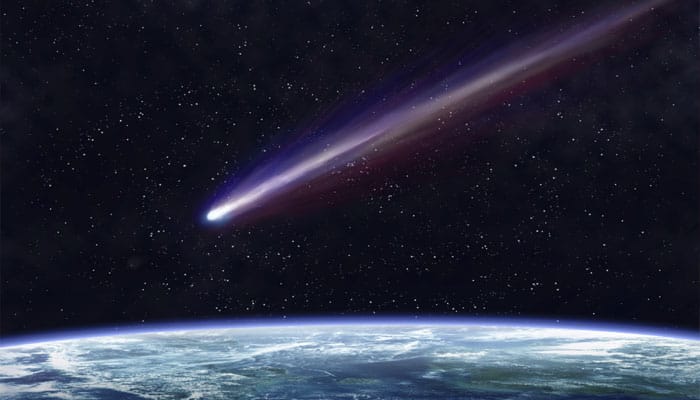 Bengaluru: A study by an international team from Europe and the US led by an Indian planetary scientist has resolved one of the mysteries that baffled astronomers.

Astronomical studies have shown that several small bodies - Centaurs and Trans-Neptunian Objects (TNOs) - in the outer solar system are having surfaces that are extremely dark but the origin of this colour had remained unclear.

Centaurs estimated to number around 44,000 are minor planets with diameters larger than one kilometre. And TNOs are similar objects at a distance farther than Neptune, the most distant planet in the solar system.

Now, in a report published in the International Journal of Astrobiology, Chaitanya Giri, who led the research from the Max Planck Institute for Solar System Research in Germany, and co-workers claim to have found why these objects appear dark.

They say they have obtained experimental evidence that the darkness of these objects is due to presence on their surfaces of highly 'carbonized' organic material analogous to 'Titan tholin' -- a substance first synthesized in the late 1970s in the laboratory of Carl Sagan and another Indian scientist Bishun Khare at Cornell University to simulate the atmosphere of Saturn's moon 'Titan'.

"The investigation led to the discovery of novel graphitic structural components within the larger macromolecular structure of Titan tholin," he said.

"Like the dark appearance of coal, our research indicates that the graphite within the Titan tholin-like material on Centaurs and TNOs contributes to their extreme darkness."

According to Giri, since Centaurs and TNOs are progenitors of comets, "the darkness of comet's surface can also be attributed to similar material."

For instance comet "67P/Churyumov-Gerasimenko", which was visited by Europe's Rosetta space mission in 2014, "was extremely dark," said Giri, who was a co-investigator in the mission.

Giri, who is currently with Japan's Earth Life Science Institute at the Tokyo Institute of Technology, says the findings of this research will have far-reaching implications.

"For astronomers and planetary scientists, the prospect of complex organic material present on several objects in our Solar System is striking," he said.

Astronomers might further use "Titan tholin" to study the surfaces of exoplanets (that are planets beyond our solar system) and planetary scientists could probe into the role of tholin-like material in shaping up organic-rich atmosphere and geology of several solar system objects.

"Chemists could further explore the exotic conformations in which ultra-complex organics exist in the universe and biologists would further probe whether such organics play any role in origin of life on Earth," he added.

Giri noted that in the past few years, interest in the small Solar System bodies had been on an ascent.

Giri said the "Titan tholin" for his study was synthesized at the NASA Ames Research Center while chemical investigations were carried out at the Max Planck Institute for Solar System Research, NASA Goddard Space Flight Center, and at the Universities of Maryland (US), Nice (France) and Goettingen (Germany).