With the success of MOM, India has joined the United States, European Space Agency and the former Soviet Union in the elite club of Martian explorers. 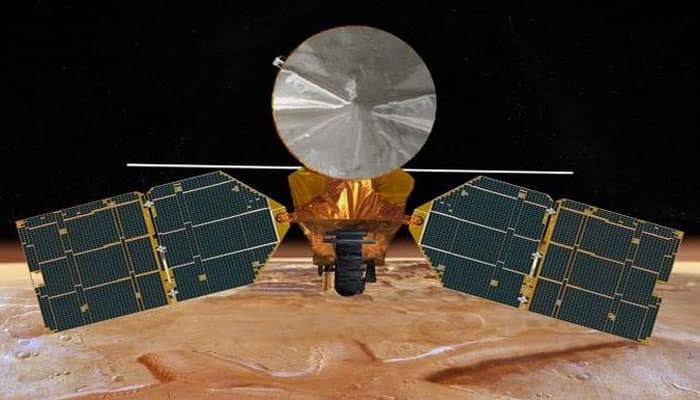 New Delhi: Creating history in space, India on Wednesday (September 24) successfully placed its Mangalyaan into the Martian orbit in a record time of mere three hours.

Thus, India has become the first Asian country to reach Mars and the first in the world to enter Martian orbit in its maiden attempt. 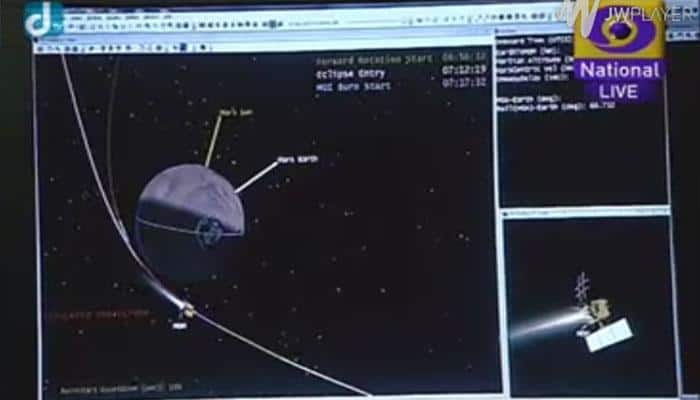 Nearly 13 hours after the Mangalyaan was placed in the martian orbit, the spacecraft started sending pictures of the red planet's surface, confirmed a senior official of the ISRO.

With the success of Mars Orbiter Mission (MOM), India has joined the United States, European Space Agency and the former Soviet Union in the elite club of Martian explorers.

ISRO scientists successfully ignited the main 440 Newton Liquid Apogee Motor (LAM) and eight small thrusters that fired for 24-minutes from 7.17 AM and slowed down the speed of Mars spacecraft 'Mangalyaan' for it to slip into a smooth orbit around the Red Planet after almost a year-long voyage.

Prime Minister Narendra Modi, who witnessed the historic moment, congratulated the scientists for their hard work terming it as a proud moment for the country.

“Today MOM has met Mangal (Mars). Today Mangal has got MOM. The time this mission was short named as MOM, I was sure that MOM won't disappoint us,” Modi, who wore a red coloured jacket, said after nerve-wracking final moments at the command centre of Indian Space Research Organisation(ISRO) in Bangalore.

Interestingly, India's MOM is also the world's cheapest inter-planetary mission costing around Rs 450 crores or 74 million USD, which is a tenth of NASA's Mars mission MAVEN that entered the Martian orbit on September 22.

It aims to study Mars' surface and mineral composition, and scan its atmosphere for methane with the help of scientific instruments.

ISRO's Mars Orbiter is also now active on Twitter and it has started tweeting soon the spacecraft glided into the Martian orbit.

I’ll be back after breakfast. Good ol’ sunlight. It’s good for your battery.

As the MAVEN and NASA congratulated ISRO for their achievement on this auspicious day, the Indian space agency thanked them.

Thank you! RT @NASA: We congratulate @ISRO for its Mars arrival! @MarsOrbiter joins the missions studying the Red Planet. #JourneyToMars

India's Mars mission: As it happened

With today’s spectacular success, ISRO joins an elite group, of only three other agencies worldwide to have successfully reached the Red Planet, said the PM.

PM Modi added: “Through your achievements, you have honoured our forefathers, and inspired our future generations.

What is red, is a planet and is the focus of my orbit? pic.twitter.com/HDRWjOcPus

7:51 am: Occultation is now behind us! Telemetry must have activated, says ISRO.

7: 45 am: The firing must have been completed by now & MOM must be turning towards Earth to resume communication, says ISRO.

7:25 am: ISRO says Mangalyaan is going behind Mars.

7:16 am: ISRO confirms Mars Orbiter is now in the shadow of Mars.

7:10 am: Forward rotation of spacecraft started.

4:49 am: Medium Gain Antenna takes over.