Astronomers have uncovered a unique process for how the universe’s largest galaxies continue to producing stars long after their peak years of star birth. 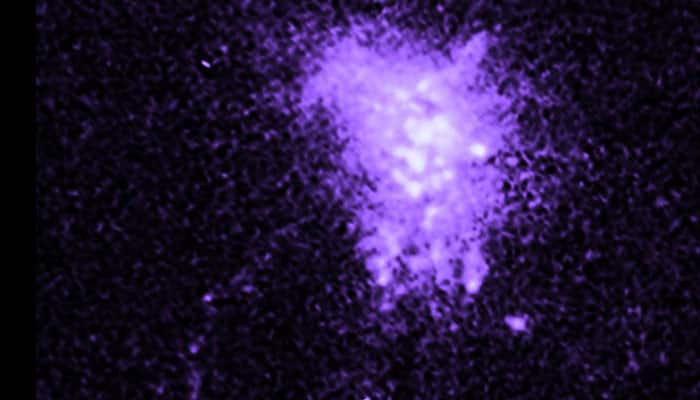 Washington: Astronomers have uncovered a unique process for how the universe’s largest galaxies continue to producing stars long after their peak years of star birth.

Combining Hubble data with observations from a suite of ground-based and space telescopes, two independent teams found that that the black hole, jets, and newborn stars are all parts of a self-regulating cycle.

High-energy jets shooting from the black hole heat a halo of surrounding gas, controlling the rate at which the gas cools and falls into the galaxy.

"Think of the gas surrounding a galaxy as an atmosphere. That atmosphere can contain material in different states, just like our own atmosphere has gas, clouds, and rain,” said Megan Donahue from the Michigan State University.

What we are seeing is a process like a thunderstorm.

"As the jets propel gas outward from the centre of the galaxy, some of that gas cools and precipitates into cold clumps that fall back toward the galaxy’s centre like raindrops,” Donahue added.

"We know that these showers are linked to the jets because they’re found in filaments and tendrils that wrap around the jets or hug the edges of giant bubbles that the jets have inflated,” said Grant Tremblay from Yale University.

This discovery explains the mystery of why many elliptical galaxies in the present-day universe are not ablaze with a higher rate of star birth.

An earlier independent study, led by Rupal Mittal of the Rochester Institute of Technology and the Max Planck Institute for Gravitational Physics, also analysed the star-birth rates in the same galaxies as Tremblay’s sample.

The two papers was published in the Astrophysical Journal and the Monthly Notices of the Royal Astronomical Society.