The film depicts Acidalia Planitia as smooth, but in reality images show a rough and hazardous terrain. 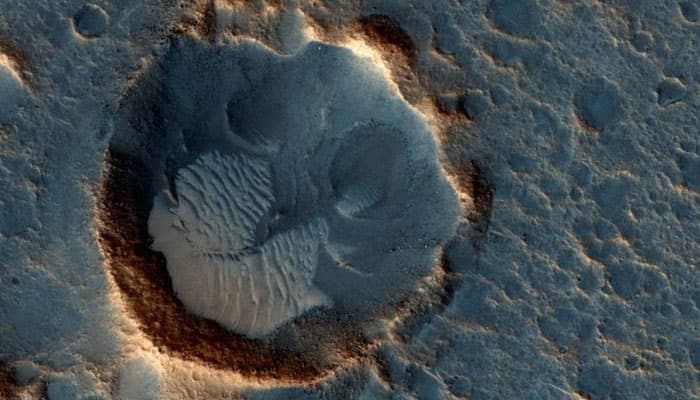 Washington: NASA has released stunning images of real regions including Acidalia Planitia on Mars, a location associated with the best-selling novel and Hollywood movie, 'The Martian'.

The region Acidalia Planitia is featured as the landing site for the science-fiction tale's 'Ares 3' mission.

The novel of the same name used actual locations on Mars for the landing sites for its 'Ares 3' and 'Ares 4' missions.

The base for the 'Ares 4' mission was set inside a crater named Schiaparelli, said NASA in its official website.

According to the US space agency, the film depicts Acidalia Planitia as smooth, but in reality images show a rough and hazardous terrain.

Views of these two sites, and other locations pertinent to the fictional story, are in the latest weekly release of images from the High Resolution Imaging Science Experiment (HiRISE) camera on NASA's Mars Reconnaissance Orbiter, it added.

They are available online at: http://uahirise.org/martian

HiRISE has provided important information used in selection landing sites for NASA's Curiosity Mars rover and other robotic missions. Its observations will be used during an Oct. 27-30 workshop in Houston for consideration of landing areas for real future human missions.