The asteroid, named Bennu, can indeed strike us and and cause massive destruction after being dislodged by a gravitational pull. 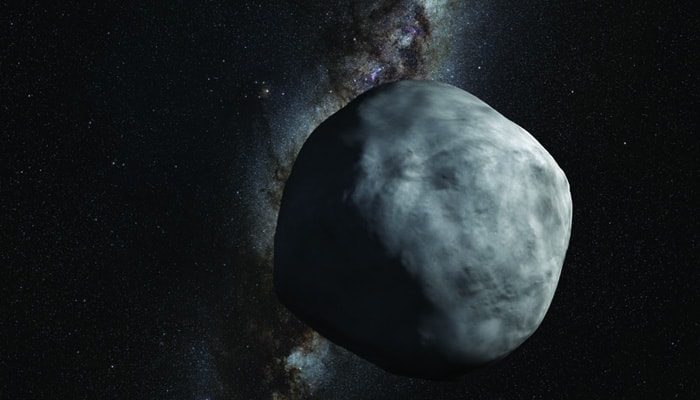 Washington: In a bid to save the Earth from future catastrophic events, NASA is launching a probe to study a near-Earth asteroid that could crash into the planet late in the next century.

The asteroid, named Bennu, can indeed strike us and and cause massive destruction after being dislodged by a gravitational pull, although experts say it has a one in 2,700 chances of hitting the Earth.

Bennu, which crosses Earth’s orbit once every six years and has gotten ever closer since it was discovered in 1999, is set to pass between the moon and our planet in 2135.

The OSIRIS-REx Mission, headed by NASA and the University of Arizona, plan to launch an unmanned spacecraft on September 8 in the efforts to reach Bennu in August 2018.

OSIRIS-REx will launch from Cape Canaveral, Florida, on an Atlas V 411 rocket during a 34-day launch period starting September 8.

According to Dante Lauretta, professor of planetary science at University of Arizona and the principal investigator on the OSIRIS-REx mission, "don't run out and buy asteroid insurance" yet.

OSIRIS-REx will orbit the Sun for a year and then use Earth's gravitational field to assist it on its way to Bennu.

And, in August 2018, OSIRIS-REx's approach to Bennu will begin.

It will use an array of small rocket thrusters to match the velocity of Bennu and rendezvous with the asteroid.

The spacecraft will begin a detailed survey of Bennu two months after slowing to encounter Bennu.

"The process will last over a year, and, as part of it, OSIRIS-REx will map potential sample sites," said information available on asteroidmission.org.

After the selection of the final site, the spacecraft will briefly touch the surface of Bennu to retrieve a sample.

The sampling arm will make contact with the surface of Bennu for about five seconds, during which it will release a burst of nitrogen gas.

The procedure will cause rocks and surface material to be stirred up and captured in the sampler head.

"In March 2021, the window for departure from the asteroid will open and OSIRIS-REx will begin its return journey to Earth, arriving two and a half years later in September 2023," the website said.

The sample return capsule will separate from the spacecraft and enter the Earth's atmosphere.

For two years after the sample return, the science team will catalogue the sample and conduct the analysis needed to meet the mission science goals.

NASA will preserve at least 75 per cent of the sample at NASA's Johnson Space Flight Center in Houston for further research by scientists worldwide, including future generations of scientists.

Bennu - measuring about 500 meters across - travels around the sun at an average speed of 63,000mph is identified as a potential Earth impactor and its impact would be similar to setting off 3 billion tonnes of explosives, say scientists. It is listed on the Sentry Risk Table with the third highest rating on the Palermo Technical Impact Hazard Scale.