A new "secret" planetary system that includes three super-Earths and one outer giant planet has been discovered by astronomers at a distance of just 21 light years from Earth. 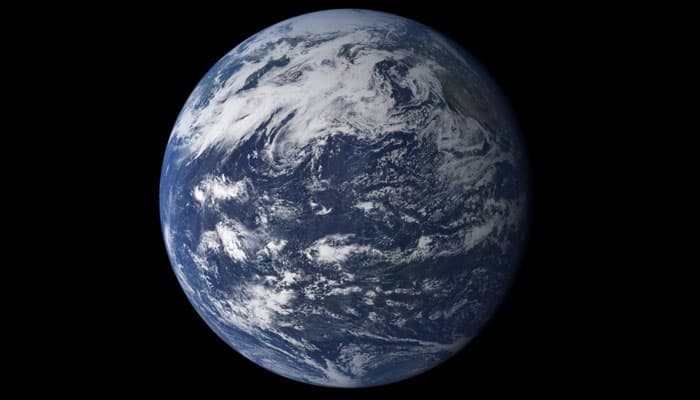 Geneva: A new "secret" planetary system that includes three super-Earths and one outer giant planet has been discovered by astronomers at a distance of just 21 light years from Earth.

The remarkable system, named HD219134, in the constellation Cassiopeia hosts one outer giant planet and three inner super-Earths, one of which transits in front of the star.

The transiting super-Earth has a density similar to the Earth's. It is by far the closest transiting planet known today, researchers said.

The system is so close that astronomers already dream about taking pictures of the new "Stars."

HARPS-N, designed and built by an international consortium and installed at the Telescopio Nazionale Galileo on the La Palma island in Spain, unveiled the exceptional planetary system around HD219134.

The star, a 5th magnitude K dwarf, slightly colder and less massive than our Sun, is so bright that we can follow it with a naked eye from dark skies, next to one leg of the W-shape Cassiopeia constellation, all year round in our boreal hemisphere, researchers said.

The cortege of planets is composed of three mostly rocky super-Earths and an outer giant planet, a configuration reminiscent of our own Solar System, they said.

"When the first HARPS-N radial-velocity measurements indicated the presence of a 3-day planet around HD219134, we immediately asked NASA for Spitzer space telescope time," said Ati Motalebi, astronomer at University of Geneva (UNIGE) and first author of the paper describing the discovery.

"The idea was to check for a potential transit of the planet in front of the star, a mini eclipse, that would allow us to measure the size of the planet," she said.

HD219134b does indeed transit the star. It is by far the closest transiting planet known, and likely to remain one of the closest ever.

The mass of the planet obtained from the ground-based radial velocities, combined with the planet radius derived from space observations with Spitzer, yield the mean density of the planet.

HD219134b is 4.5 times more massive than the Earth and 1.6 times larger, what planet hunters call a super-Earth. Its mean density is close to the density of the Earth, suggesting a possibly similar composition as well.

The team discovered three additional longer-period planets in the system from the HARPS-N radial velocities.

If, by chance, these 2 planets would be in a coplanar configuration with their 3rd inner sister, as often observed for compact systems, the whole family might be transiting.

The research will be published in the Astronomy & Astrophysics journal.