No evidence to prove Taj Mahal was a Hindu temple: Mahesh Sharma

The Centre has dismissed claims that the Taj Mahal was a Hindu temple. 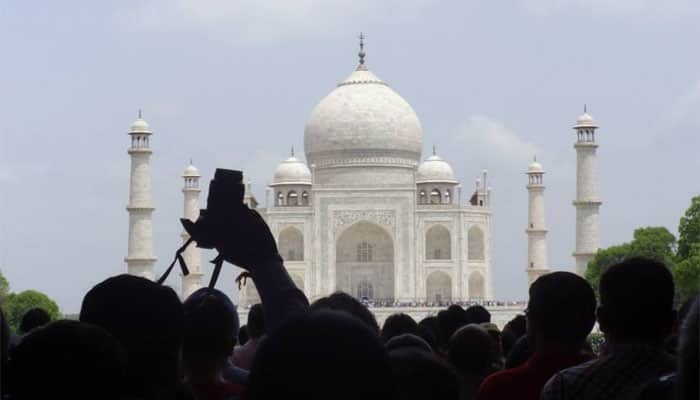 New Delhi: Amid several theories and claims about the 'Taj Mahal', the 17th century Mughal monument, the Centre has now said that there is no solid evidence to prove that the historical 'monument of love' was a Hindu temple.

While replying to a query about the evidence claiming that the Taj Mahal built in Agra by Mughal Emperor Shah Jahan was originally a temple, Union Culture Minister Mahesh Sharma told MPs in Lok Sabha that the government has not found any evidence in this regard.

Sharma's reply came few days after a lawsuit, claiming the Taj Mahal was originally a Shiva temple, was filed by a group of lawyers from Agra.

They also demanded that its ownership be transferred to Hindus and Muslims be restricted from offering prayers at the location.

The Archaeological Survey of India had earlier dismissed the claims that the 17th century Mughal monument is a Shiva temple.

Sharma said government is aware of the suit and that it has not observed any affect on tourism because of the controversy.

Taj Mahal, one of the wonders of the world, is a white marble mausoleum located in Agra. It was commissioned in 1632 by the Mughal emperor Shah Jahan to house the tomb of his favorite wife of three, Mumtaz Mahal.

Today, the Taj Mahal is regarded by many as the best example of Mughal architecture and is widely recognized as the jewel of Muslim art in India.

Designated a UNESCO World Heritage Site in 1983, the Taj Mahal attracts some 3 million visitors a year.

BTS' Jin, Jimin and J-Hope have fun and unleash chaos as they fall while playing football

Terrible scene of devastation in Turkey

Border-Gavaskar Trophy: How can India make it to the WTC finals? | Zee News English

Badhir: PM Modi's reply to the President's motion of thanks

Mira Murati, the creator of ChatGPT says AI can be misused; Know what is her connection with India?