Days after issuing a warning that he will end his life if the CBI did not take proper action against ‘those involved’ in the Saradha scam, suspended Trinamool Congress Rajya Sabha MP Kunal Ghosh, who is a prime accused in the case, allegedly attempted suicide inside his prison cell early Friday. 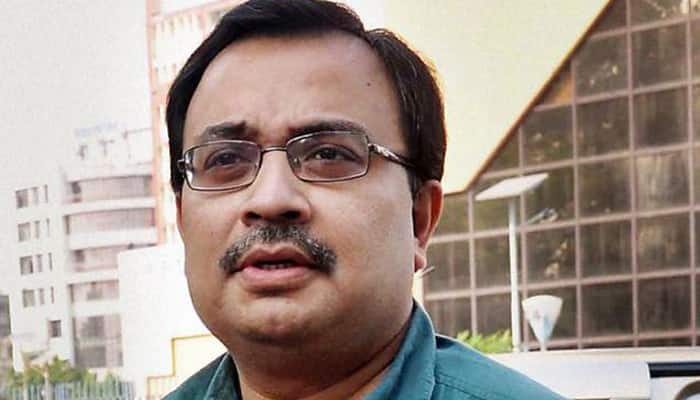 Kolkata: Days after issuing a warning that he will end his life if the CBI did not take proper action against ‘those involved’ in the Saradha scam, suspended Trinamool Congress Rajya Sabha MP Kunal Ghosh, who is a prime accused in the case, allegedly attempted suicide inside his prison cell early Friday.

Ghosh is lodged in the Presidency Jail. He had threatened to commit suicide when he was produced in court three days ago. He is behind bars since November 2013.

Ghosh is said to have consumed an overdose of sleeping pills in the wee hours after which he fell ill and was rushed to the SSKM hospital.

West Bengal Prison Minister HA Safi told a news agency: “Kunal Ghosh has access to 2-3 pills as his regular prescription. He said he took pills at 2:30am.”

Ghosh was admitted to the Critical Care Unit of SSKM Hospital. He is now out of danger.

Reports added that Ghosh told doctors that he had consumed over 50 sleeping pills.

Ghosh's suicide attempt raises uncomfortable questions on the security arrangements inside the jail. How he got hold of a large quantity of sleeping pills would be an area of probe even as reports suggested that Ghosh may have collected them over a period of time.

Pending the completion of the enquiry, the superintendent of Presidency Correctional Home, jail doctor and on duty staff would remain suspended, she said.

Banerjee said Ghosh's condition is absolutely stable and he is being examined every hour by the doctors attending on him.

"Why should (the) doctor give him 15 sleeping pills ? Two or three sleeping pills could have been given to him ... Perhaps he did not take as many pills as reported. Doctors also said it could not be that he has taken so many pills," she said.

Mamata said Ghosh was chargesheeted in the scam but some people were indulging in politics on this incident. Those who cheated the society the most were being painted as great, she added.

Earlier, Ghosh had said in a open court: “Investigation is being influenced. It is not acceptable that I will rot in jail while those involved will roam freely. I am giving three days’ time, if action is not taken I will commit suicide.”

A journalist by profession, Ghosh was the former CEO of Saradha Group firm Bengal Media Ltd. He had had during earlier court hearings accused some top Trinamool Congress leaders of having benefited from the scam and claimed that the CBI had not acted on the files of Bengal Media that were shown to him or against those he had named.

Ghosh had also put the Kolkata Police commissioner in the dock and alleged that he had stood by Saradha Group CEO and main accused Sudipta Sen.

“Kolkata Police Commissioner stood by him (Sen) and certified him to be a good man. Why is action not being taken against him? Is it because he is an IPS officer?”

“I have been framed as I took money in cheques but nothing happened to those who took in cash,” he claimed. “You see to it that they don’t go scot free,” he submitted.

Ghosh has been named by the CBI in its first chargesheet in the multi-crore scam along with Saradha chief Sen and close aide Debjani Mukherjee.