Egyptian forensics officials collected DNA from relatives of EgyptAir MS804 victims on Tuesday to help identify body parts retrieved from the Mediterranean, as investigators hunt for clues into the mysterious crash. 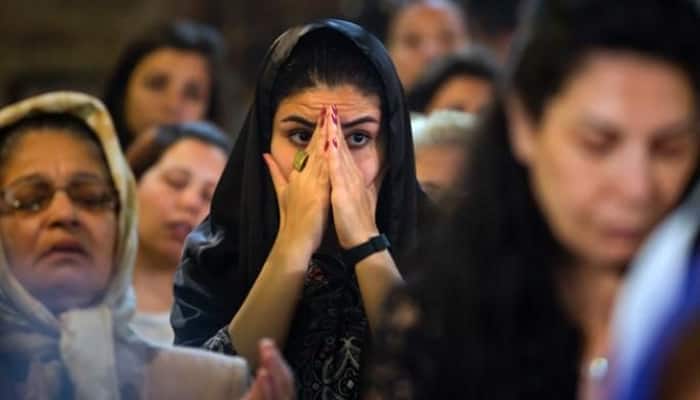 Cairo: Egyptian forensics officials collected DNA from relatives of EgyptAir MS804 victims on Tuesday to help identify body parts retrieved from the Mediterranean, as investigators hunt for clues into the mysterious crash.

Investigators are still searching for the Airbus A320's two black boxes on the seabed as they seek answers as to why the aircraft came down early on Thursday, with 66 people on board.

French and Egyptian aviation officials have said it is too soon to determine what caused the disaster.

France's aviation safety agency has said the aircraft transmitted automated messages indicating smoke in the cabin and a fault in the Flight Control Unit before contact was lost.

Finding the victims' remains and the black boxes remain the priorities as families and friends hold funeral services in Cairo to mourn their loved ones, but without the closure of being able to bury their bodies.

"DNA samples have been collected from the victims' families to help identify body parts," the airline said separately in an emailed statement.

President Abdel Fattah al-Sisi had said a submersible that can operate at 3,000 meters (9,800 feet) below sea level was deployed from the oil ministry on Sunday in the hunt for the black boxes.

Specialised French equipment will also be used in the search.

A French patrol boat arrived in the search area yesterday morning, where it will concentrate mainly on the surface.

According to a French Navy spokesman, the priority is to find as much debris and remains as possible.

"For the moment, the priority is searching for any trace of the aircraft, for debris and victims," the spokesman said.

The French boat also carries hydrophones, specialised underwater microphones that may be able to locate black boxes by listening to the "pings" they emit for a month or more after being activated.

"Weather conditions have been terrible for the past few days, but that is beginning to improve," the French spokesman added.

A source in Paris close to the search told AFP that once more specialised gear arrives at the area, "it will take several more days" before the black boxes can be located and raised to the surface.

A French maritime surveillance plane overflying the area has already located floating objects, according to a French Navy spokesman.

Those who don''t gossip could become saints, says Pope