French Prime Minister Manuel Valls on Thursday issued a stark warning saying his country could face the risk of chemical or bacterial warfare as a result of its fight against the Islamic State. 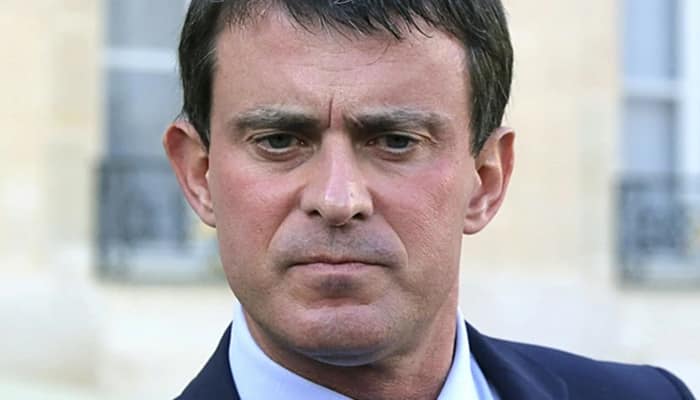 Paris: French Prime Minister Manuel Valls on Thursday issued a stark warning saying his country could face the risk of chemical or bacterial warfare as a result of its fight against the Islamic State.

"We must not rule anything out. I say it with all the precautions needed. But we know and bear in mind that there is also a risk of chemical or bacteriological weapons," Valls told Parliament.

"The macabre imagination of the masterminds is limitless," he said while seeking an extension from Parliament for the state of emergency imposed in the wake of last week's terror attacks in Paris.

At least 129 people were killed and hundreds others were injured when terrorists belonging to the Islamic State struck Paris on Friday evening, targeting a football stadium, a rock concert venue, and a restaurant and bar.

The French police conducted a massive police raid in a Paris suburb yesterday that left at least two dead, including a female suicide bomber. However, the fate of the suspected mastermind of Paris attacks, Abdelhamid Abaaoud, was unknown after he was believed to be among the terrorists targeted in yesterday's operation.

The Islamic State, meanwhile, has released a new video in which it celebrated the strikes in the French capital and warned of more violence in the future.