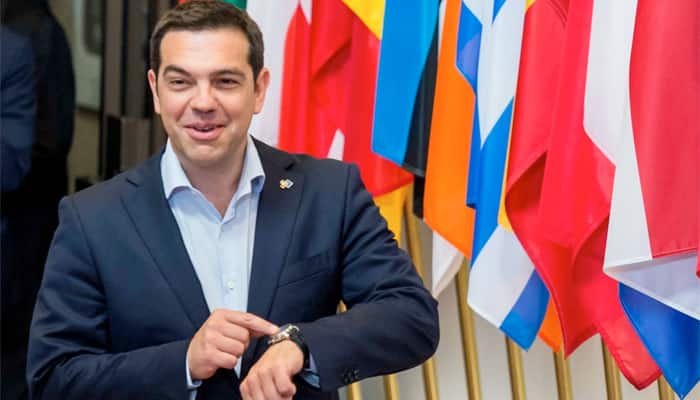 Athens: The government of Greek Prime Minister Alexis Tsipras won a crucial vote of confidence vote on Thursday, bolstering the left-wing leader as he gets down to implementing reforms demanded by creditors.

The governing coalition of the premier's left-wing Syriza party and the nationalist Independent Greeks (ANEL) used their 155-strong majority to pass the motion through the 300-seat parliament.

The vote wraps up three days of debate, which were largely for form's sake after Tsipras in July signed Greece up to a roadmap of budgetary overhauls agreed with the IMF and EU in return for further bailout funds.

His agreement to further belt-tightening sparked a rebellion by the hard-left wing of his party, prompting the government to call fresh elections which Syriza comfortably won last month.

Before Thursday's vote, Tspiras said his primary goal was to implement reforms demanded by Greece's creditors, allowing them to "to conclude the recapitalisation of the banks by the end of the year and begin talks on debt restructuring".

In July, Athens signed up to more tax hikes and public spending cuts in return for a three-year, 86-billion-euro (USD 96-billion) EU bailout -- its third since 2010.

The 41-year-old Tspiras also welcomed comments from French President Francois Hollande, who on Wednesday told the European Parliament that the deal struck between Athens and Brussels should now become "a discussion on debt servicing".

Tsipras argues that the quickest way for Greece to regain its economic sovereignty is to keep its commitments to its creditors, so Athens can begin negotiations with the EU and IMF on restructuring its unbearable debt burden.

Finance Minister Euclid Tsakalotos was expected to participate in the annual meeting of the IMF in Lima, possibly holding talks with Christine Lagarde, who heads the international body.

Six Israelis injured in wave of stabbing attacks by Palestinians