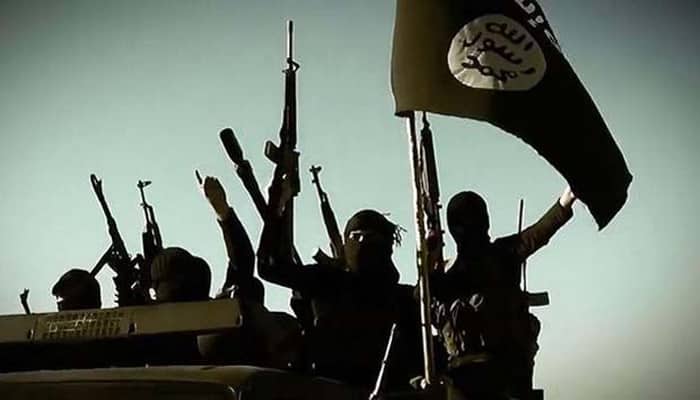 This is not the first time, that the ISIS-linked hackers have done so.

Earlier in March this year, the 'Islamic State Hacking Division' had issued their first kill list of 100 members of US Army, Air Force and Navy, urging Muslims of the US to kill them for they had participated in US airstrikes against the ISIS.

The latest ISIS threat saying “Happy 9/11” came on the occasion of the 14th anniversary of September 11 attack.

“Today hacking...Tomorrow killing,” the hackers threatened in their post as tweeted by the head of the terror tracking SITE Intel agency Rita Katz.

Earlier in January thos year, unidentified supporters of the extremist group Islamic State had hacked the Youtube and Twitter accounts of US military's Central Command and posted comments like “Love you ISIS” and “US soldiers, we are coming. Watch your back!”.

The hackers replaced the military command's logo with the one featuring a masked fighter and words like “Cyber Caliphate” and “I love you ISIS”.

The hackers had reportedly posted some internal details like phone directory of military officials and pictures and powerplant slides related to North Korea and China.

DNA: Lesson for those who do politics on Tricolor

Know the AIFF Players of the year awards 2021-22: From Sunil Chhetri to Martina Thokchom

DNA: Will RJD be able to fulfill the promises made in 2020?

DNA: Nitish will have to compete with these leaders before PM Modi in 2024 elections

DNA: Will Nitish Kumar compete with Modi in 2024 elections?