The collapse of a construction crane that killed 107 people at Mecca`s Grand Mosque was "an act of God" and not due to a technical fault, an engineer for the developer said Saturday. 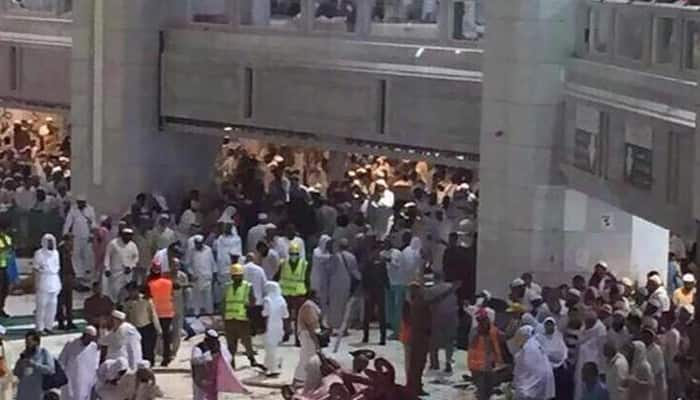 Mecca: The collapse of a construction crane that killed 107 people at Mecca`s Grand Mosque was "an act of God" and not due to a technical fault, an engineer for the developer said Saturday.

The massive red and white crane, which crashed into the court of the mosque during a rainstorm and high winds Friday, also injured around 200 people.

The engineer for Saudi Binladin Group, which is carrying out a massive expansion of the mosque, told AFP the crane, like many others on the project, had been there for three or four years without any problem.

"It was not a technical issue at all," said the engineer, who asked not to be identified.

"I can only say that what happened was beyond the power of humans. It was an act of God and, to my knowledge, there was no human fault in it at all."

Authorities are investigating the tragedy, which occurred as hundreds of thousands of Muslims from around the world were gathering for the annual hajj pilgrimage.

The engineer said the crane was the main one used on work to expand the tawaf, or circumambulation area around the Kaaba -- a massive cubed structure at the centre of the mosque that is a focal point of worship.

"It has been installed in a way so as not to affect the hundreds of thousands of worshippers in the area and in an extremely professional way," he said.

"This is the most difficult place to work in, due to the huge numbers of people in the area."

The crane`s heavy hook, which is able to lift hundreds of tonnes, began swaying and moved the whole crane with it, toppling into the mosque, the engineer explained.

A witness said the accident occurred during winds which were so strong they shook his car and tossed billboards around.

The development project is expanding the area of the Grand Mosque by 400,000 square metres (4.3 million square feet), allowing it to accommodate up to 2.2 million people at once.