A suicide bomber detonated a device near the security headquarters of the Prophet`s Mosque in Medina, Saudi Arabia, the second-holiest site in Islam, Saudi-owned al-Arabiya television reported on Monday. 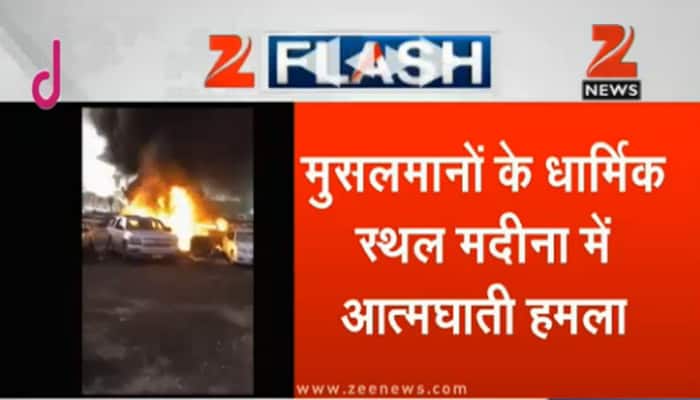 Riyadh: Saudi Arabia was rocked by multiple blasts on Monday.

One explosion occurred at one of Islam`s three holiest sites in Medina, while other blasts occurred in the Red Sea city of Jeddah near the US consulate and in Shiite-dominated Qatif on the other side of the country.

Residents of Qatif said only the bomber died in that attack, blowing his body apart near a Shiite mosque, as per AFP.

Meanwhile, General Mansour al-Turki, the interior ministry spokesman, told Saudi-owned Al-Arabiya television that the bomber was not Saudi but a "resident foreigner".

The ministry did not specify if the bomber had intended to target the US consulate, but an investigation was now under way.

The interior ministry added that security personnel became suspicious of the man near the parking lot of a hospital which is across from the US diplomatic mission.

When they moved in to investigate at around 2:15 am (2315 GMT Sunday) the man "blew himself up with a suicide belt inside the hospital parking lot", the ministry said.

The interior ministry said that two security officers were wounded in the Jeddah bombing.

It was not immediately clear who was behind today's incident, but since late 2014 Saudi security officers and minority Shiites have been hit by deadly violence claimed by ISIS.