State media said at least 12 people had been killed in rebel rocket and gunfire on regime-controlled neighbourhoods, after an assault that began with a double car bomb attack. 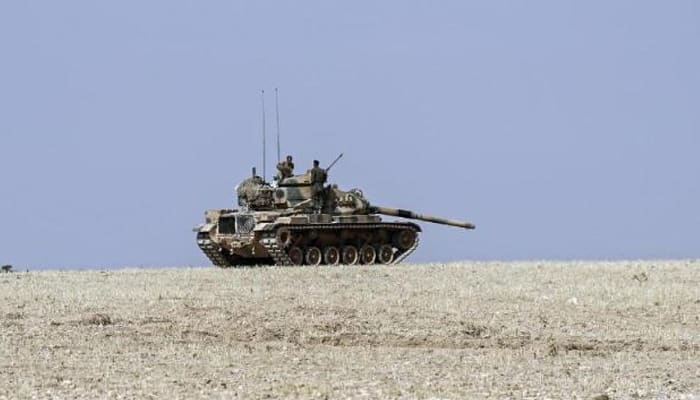 Aleppo: Syrian rebels renewed their bid to break a government siege of eastern Aleppo on Thursday, shelling regime-held parts of the city hours before a brief Russian-declared ceasefire was due to begin.

State media said at least 12 people had been killed in rebel rocket and gunfire on regime-controlled neighbourhoods, after an assault that began with a double car bomb attack.

Rebels have been battling for nearly a week in a desperate bid to break the three-month siege but have so far been unable to push through government lines in western Aleppo.

The opposition forces on Thursday announced a new phase in their assault on government forces in the city`s western outskirts.

"We have started the second phase in our fight to break the siege with heavy artillery fire" on several neighbourhoods, rebel fighter Abu Hamza told AFP on the edges of Aleppo.

Thick black smoke billowed out of the Dahiyet al-Assad district, where rebels had lit tyres to try to shield themselves from warplanes circling above.

The Syrian Observatory for Human Rights monitoring group said the "most intense fighting" was on the edges of the Halab al-Jadida neighbourhood.

The clashes on Aleppo`s western outskirts could be heard in the city`s eastern districts, an AFP correspondent there said.

No aid has reached eastern Aleppo city`s more than 250,000 residents since early July, and there are reports of shortages and price hikes.The Observatory said government forces were carrying out air strikes in areas where clashes were underway, but that the rebel-held neighbourhoods in the east of the city were largely quiet.

Syrian state news agency SANA said at least 12 people had been killed and more than 200 wounded in rebel fire on Thursday.

The Observatory put the toll at 15 dead, saying four children were among them, bringing to 69 the total number of civilians killed in rebel fire since Friday, including 23 children.

State media also said eight people were being treated for suffocation after "terrorists fired poisonous gases" at the village of Minyan west of Aleppo.

Once Syria`s economic powerhouse, Aleppo has been divided since mid-2012 between government control in the west and rebels in the east.

A Russian-backed army offensive in September to recapture the whole city killed hundreds of civilians and hit infrastructure including the east`s few remaining health facilities.

It provoked international recriminations, particularly against Russia, with the EU accusing it of actions that "may amount to war crimes".

Moscow has rejected the criticism and in late October declared a unilateral three-day ceasefire, during which it urged civilians and rebels to leave east Aleppo.

But only a handful did, with Russia accusing rebels of preventing people from leaving, and a UN plan to evacuate wounded people was shelved over security concerns. Moscow said Wednesday it would implement a new, 10-hour "humanitarian pause" for Aleppo on Friday, prompting the UN to warn that "humanitarian operations cannot be contingent on political or military initiatives".

More than 300,000 have been killed in Syria since the conflict began in 2011 with anti-government protests that spiralled into a multi-front war involving regime, rebels, Kurds and jihadists like IS.

The Kurdish-Arab Syrian Democratic Forces alliance has been fighting to oust IS from areas across northern Syria with air support from the US-led coalition against the jihadist group.

The alliance said Thursday it would fight to recapture the IS stronghold of Raqa in a battle that could start in coming weeks.

"We will see a campaign led by the Syrian Democratic Forces to liberate Raqa city," SDF spokesman Talal Sello said.

"We are ready. We have the sufficient numbers for this campaign and we will start it soon," Sello told AFP, without specifying a timetable.

But he insisted that the fight would not include Turkey, which views the YPG as linked to the outlawed Kurdistan Workers` Party (PKK), considered by Ankara as a "terrorist" group.

"The topic of Turkey`s participation was settled with the (US-led anti-IS) coalition definitively. No Turkish participation," he said.

Ankara in August began a military operation inside northern Syria targeting both IS and Kurdish fighters.