The statement came hours after Russia said it was extending a planned eight-hour truce in Aleppo to 11 hours. 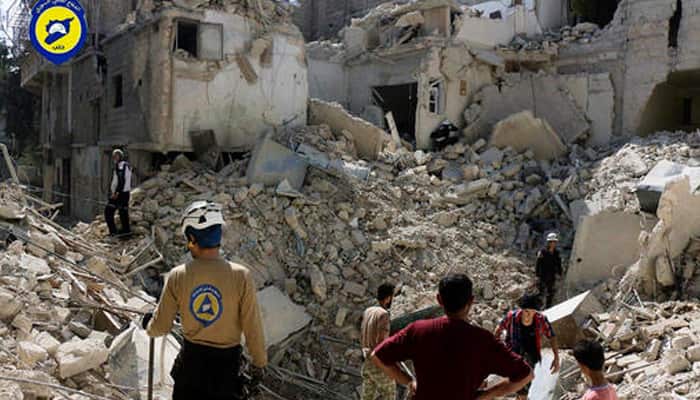 Damascus: The Syrian Army said that a planned humanitarian truce beginning in eastern Aleppo on Thursday would extend to three days, the state news agency SANA reported, hours after Russia said it would last a mere 11 hours.

The Army called on "the armed men in the eastern districts of Aleppo to leave their weapons".

The statement came hours after Russia said it was extending a planned eight-hour truce in Aleppo to 11 hours, to allow civilians and rebels to leave the area.

Moscow announced on Tuesday morning that Russian and Syrian air forces had stopped bombing Aleppo ahead of the pause in fighting, and the halt held into a second day on Wednesday.

According to Moscow, once the pause begins, six corridors out of the city will open for civilians with another two designated for rebels.

Tags:
SyriaAleppoRussiaIslamic State of Iraq and the Levant
Next
Story