Syrian boy, 3, lying dead on Turkish beach: A picture worth a trillion tears!

They say a picture is worth a thousand words, but this one demands trillions of tears. 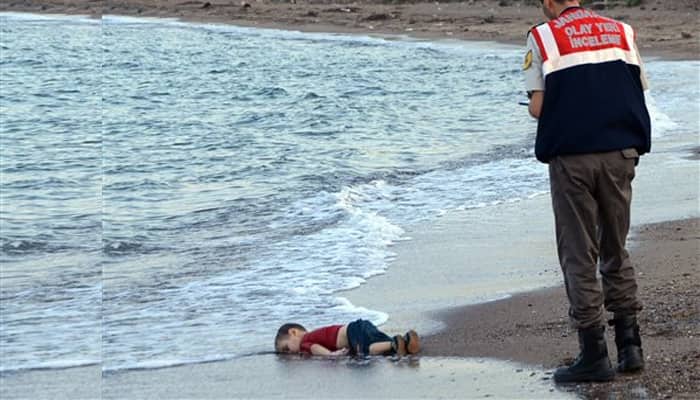 Ankara: They say a picture is worth a thousand words, but this one demands trillions of tears.

As a three-year-old Syrian migrant kid lay dead on a beach in Turkey, stirring peoples' consciences, I could not help but jot down these lines.

“He sleeps on the velvet of sand and sea

With as much peace that can never be,

He sleeps assured of fairies and angels

He knows not, truth is bitter than fantasy.

He sleeps with the memories of dad & mom

With a heartbreaking innocence to die for,

Better to depart this land of the heartless

where all d humanity has been 'washed ashore'.

They say a picture speaks a thousand words,

But this one is worth a trillion tears.

I cry with the sorrow of a thousand souls,

I wince at the mere thought of it,

Is humanity dead? Just as the world fears? 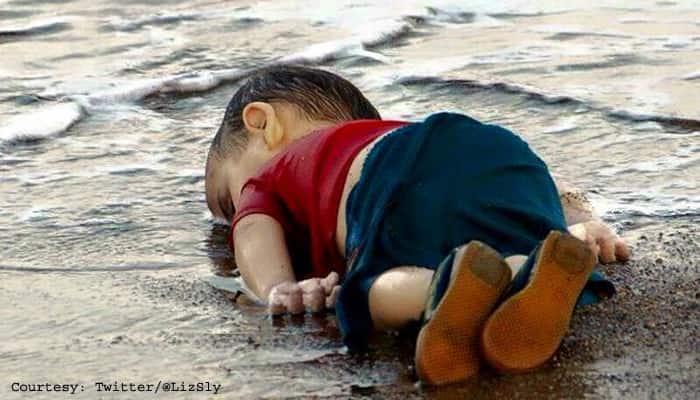 The child is said to be one of the 11 Syrian refugees who drowned after their boat sank in a bid to reach the Greek island of Kos from Turkey.

The picture was released by a Turkish news agency DHA and has gone viral on the social media with netizens shocked to see the true face of migrant crisis.

This is not the first case of a migrant drowning while on way to European shores, as according to International Organization for Migration (IOM), more than 2,600 migrants have died trying to cross the Mediterranean since January this year.

However, this particular picture of the three-year-old Syrian kid, has captured the worldwide attention in a way that will not be easy to forget.

A Syrian baby washed up on a beach in Turkey... Where is the humanity in people? pic.twitter.com/Bkc72mta5Z

The heartbreaking picture triggered a plethora of tweets from the netizens who posted their reactions with the hashtag "humanity washed ashore".

Wednesday saw #KiyiyaVuranInsanlik (that literally means 'humanity washed ashore') trending on twitter with many expressing shock and regretting about 'humanity being dead'.

Here are some reactions triggered on Twitter by the picture:

Aylan and Galip who drowned fleeing Syria's war! The world has failed Syria and they must take responsibility. pic.twitter.com/DdMnEnuEQl

That picture of a toddler washed up on the beach has broken my heart. Where has our humanity gone? #RefugeesWelcome

#KiyiyaVuranInsanlik ("humanity washed ashore") A photo instead of a million words. When will this madness stop? Where is our humanity?

If that image of that child washed ashore doesn't convince you that we need to do more to help then you need to question your humanity.

There currently is a picture of a Syrian baby who was a refugee washed ashore dead. Humanity has failed. We refuse to post the picture.

Horrific and disgusting. What’s happened to humanity when children are washed up on beaches. This has broken me. pic.twitter.com/pIcZvO9uGM

Just saw the pictures of the wee Syrian boy washed up on the beach.What kind of World are we living in? I Despair for the future of humanity

Horrific, horrific image from refugee crisis. So many European countries being so selfish. Where is our humanity? http://t.co/h1LNODegNw

I hope that little Kurdish toddler washed up on a Turkish beach is a turning point for Europe. Merkel the only leader showing any humanity.

Polio outbreak in Ukraine, first cases in Europe since 2010