The ruling Congress in Meghalaya on Friday suffered a setback when five of its MLAs, including former Deputy Chief Minister Rowell Lyngdoh, resigned from the state Assembly. 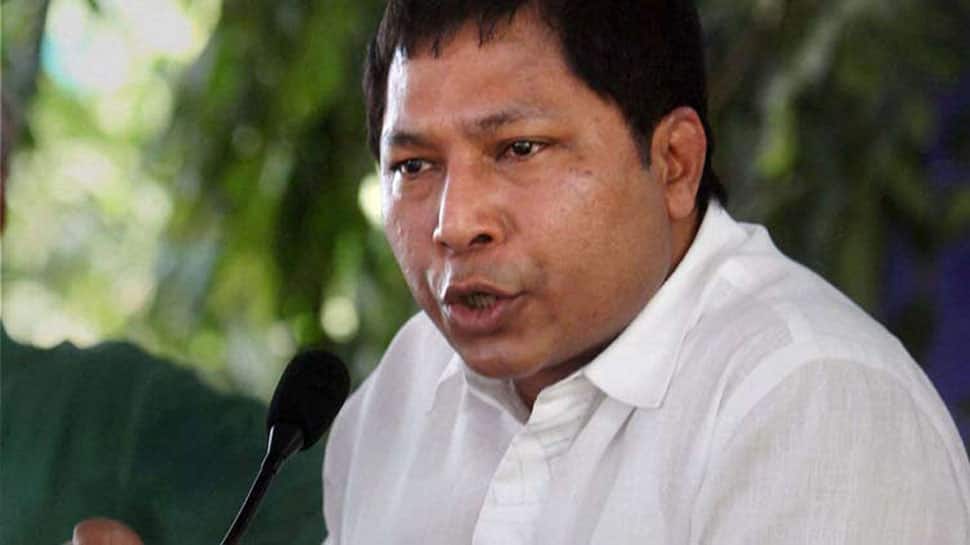 Shillong: The ruling Congress in Meghalaya on Friday suffered a setback when five of its MLAs, including former Deputy Chief Minister Rowell Lyngdoh, resigned from the state Assembly.

Along with them, three other MLAs, including one from the United Democratic Party and two Independents, tendered resignation from the House, Assembly Principal Secretary Andrew Simons said.

Rowell, a veteran Congress leader of the state, later announced that all the eight MLAs, who have quit, would join the National People's Party at a rally of that party next week.

The resignation comes days after another Congress MLA, P N Syiem, resigned from the party.

With these resignations, the number of Congress legislators in the Assembly has come down to 24.

The term of the current House expires on March 6 and elections are due early next year in the state along with Nagaland and Tripura.

The five Congress Legislators who put in their papers from the House had earlier rebelled against Chief Minister Mukul Sangma and the party leadership.

Four of the five Congress Legislators were part of the state Cabinet earlier and were sacked by the chief minister in the past on alleged ground of incompetence.

They were joined by party MLA Mlangaitlang Dhar in quitting the membership of the Assembly.

"Eight MLAs submitted their resignation to me at the office of the Speaker today. The Speaker was on a tour and was not available at his office," Assembly Principal Secretary Andrew Simons said.

He said the resignation letters have been sent by email to Speaker Abu Taher Mondal.

Three others who quit are Remington Pyngrope (UDP) and two Independents-- Stephanson Mukhim and Hopeful Bamon.

"We are joining the NPP on January 4 at a rally at Pologrounds," Rowell told reporters.

He said it was a difficult decision to leave the Congress but he was compelled to do so "because of the people".

Rowell said the decision to set up a medical college in the state capital Shillong on PPP mode and another one in Tura to be funded by the state government, was taken without consultations in the cabinet.

He also slammed the state Congress president D D Lapang, who he alleged gave in to the diktats of the chief minister and went ahead and dissolved the block Congress committee in many constituencies including his.

Senior Congress leader and former cabinet minister Prestone Tynsong said the prospects of the Congress in Meghalaya will be badly hit.