The flood was mainly after the water level of river Juri and river Kakti started rising and came close to the danger level. 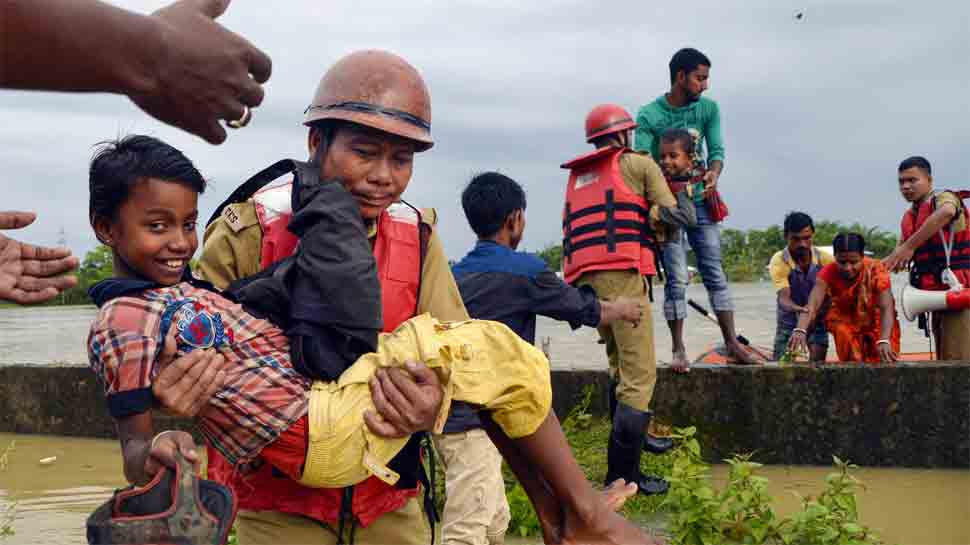 More than 1000 families have reportedly been affected and National Disaster Response Force (NDRF) team is working hard to evacuate members of these families with their belongings to safer places.

The flood was mainly after the water level of river Juri and river Kakti started rising and came close to the danger level.

Around nine speed boats, 40 rescue boats, many of which brought from other areas, were deployed by the state revenue department to evacuate those stuck inside their homes in submerged places. Apart from this, Tripura State Rifles (TSR), firefighter team, district and state administration have also joined the rescue operations.

According to the report of State Emergency Operations Centre (SEOC), 358 were rendered homeless in Unakoti district while 381 in North Tripura.

Meantime, a total of 1039 houses were damaged with Dhalai district the worst affected.

State administration arranged food, water and medicine for the flood victims and till now there is no report of any death. Officials viewed that water is receding and if there is no showers during the next 24 hours the situation will get normal.