The order was passed by the top court bench headed by Justice AK Sikri, which posted the matter for next hearing on February 4. 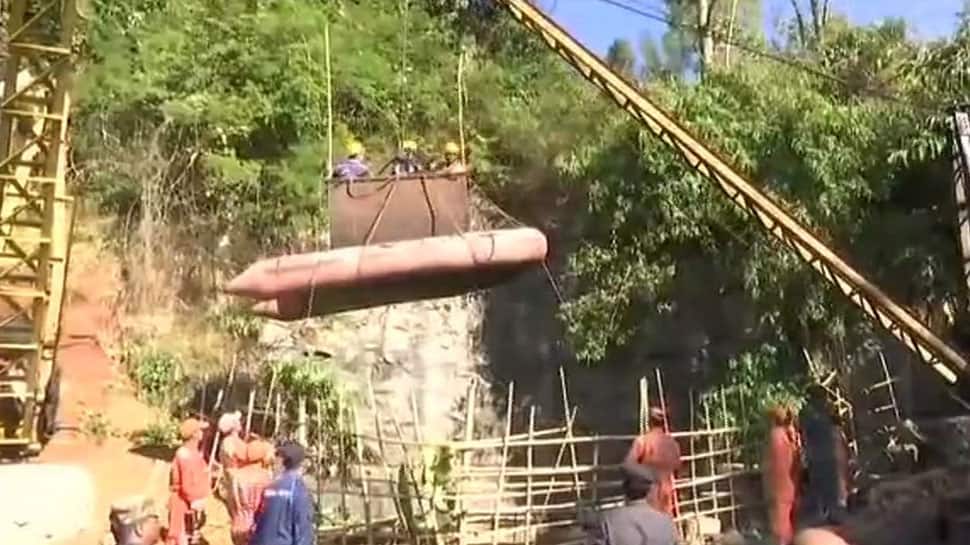 SHILLONG: The Supreme Court on Monday directed the Centre and the Assam government to continue efforts to trace all miners believed to be trapped inside a flooded coal mine in Meghalaya’s East Jaintia Hills district since December 13, 2018.

The order was passed by the top court bench headed by Justice AK Sikri, which posted the matter for next hearing on February 4.

The order from the top court came on a day when the Navy divers resumed operation to retrieve the body of another miner trapped inside the 370-foot-deep flooded coal mine in Meghalaya’s East Jaintia Hills district on Monday.

The rescuers had located the body on Saturday with the help of an underwater remotely operated vehicle (UROV) inside a rat-hole coal mine at Ksan village in Meghalaya`s East Jaintia Hills.

The rescuers are trying to trace 13 more miners who remain trapped for 45 days now.

"The Navy divers are trying to retrieve the second body detected inside the rat-hole mine but due to many obstacles which include exhaust pipes used by the coal miners inside the mine and turbidity of the water, the retrieval has become very difficult," rescue operations spokesperson Reginald Susngi had said.

A 15-member team of Navy divers from Visakhapatnam detected the second body with the help of the UROV inside the rat-hole coal mine but through a complex maize of sub rat-hole mines.

The UROV also stumbled on tell-tale signs like spades, a wooden cart and then located the dead miner.

"They (Navy) are making all efforts. Let us hope they will be able to pull out the body soon," he said.

The first body, of Amir Hussain from Assam’s Chirang district, spotted in the mine was handed over to the family members on Saturday morning.

In a joint operation, the Navy and the NDRF pulled Hussain’s body out of the mine’s shaft on Thursday, after it was first spotted on January 17.

On December 13, water from the nearby Lytein River flooded a network of tunnels in the illegal rat-hole coal mine in Lumthari village of East Jaintia Hills, trapping 15 men and prompting a multiple-agency rescue attempt.

Nearly 200 rescue personnel from the NDRF, the Indian Navy, Odisha Fire Service and various state agencies are involved in the search-and-rescue operation.

Efforts to de-water the nearby abandoned mines with the help of high-powered pumps of Coal India Ltd, Kirloskar Brothers Ltd and Odisha Fire Service are still continuing, the officials said.

Anxious family members of the trapped miners are camping in the district headquarters and visiting the site frequently for any news of their loved ones, they said.

The owner of the mine, Krip Chullet, was arrested from his home on December 14. His accomplices are on the run.

Meghalaya: Navy divers to resume operation to retrieve body of second miner from flooded coal mine