A Traffic police near Acharya Vihar on Wednesday levied the penalty on the auto-rickshaw driver and issued him a challan for drunk driving and not carrying documents including his driving licence, vehicle insurance, the pollution certificate apart from using the vehicle without permit. 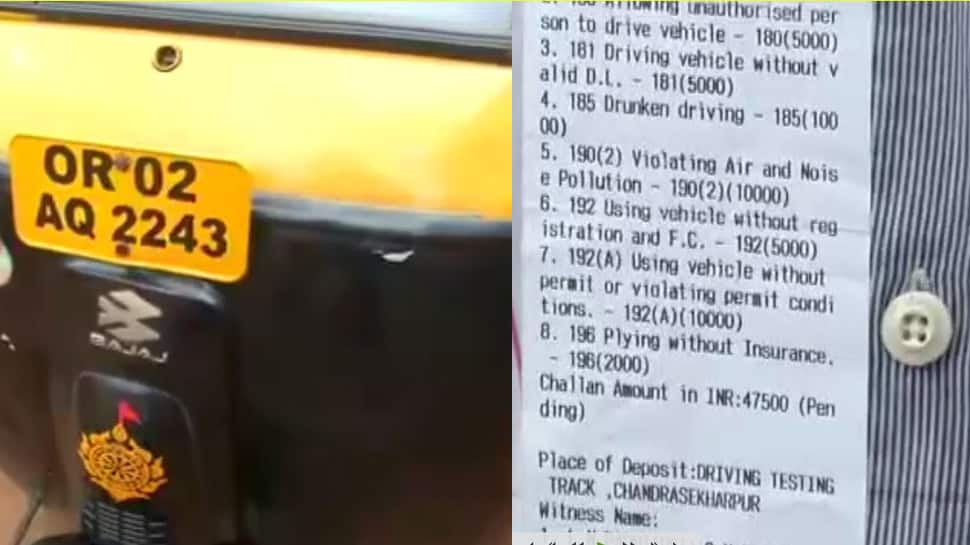 Bhubaneswar: After the implementation of the amended Motor Vehicles Act, an auto-rickshaw driver in the capital city of Odisha was on Wednesday penalised a hefty Rs 47,500 for violating various traffic rules.

A Traffic police near Acharya Vihar levied the penalty on the auto-rickshaw driver and issued him a challan for drunk driving and not carrying documents including his Driving Licence, Vehicle Insurance, Pollution Certificate apart from using the vehicle without permit.

The owner of the auto-rickshaw, Kanduri Khatua of Kishore Prasad area in Nayagarh, who was present in the vehicle driven by one Hari Bandhu Kanhar, was unable to produce all the necessary documents when asked by police. Kanhar, on the other hand, was found to be under the influence of alcohol.

The total challan amount of Rs 47,500 is pending while the driver has been asked to deposit the sum at the Driving Testing Centre in Chandrasekharpur.

After being challened by the traffic police, driver Hari Bandhu Kanhar said he purchased the second-hand auto from Kanduri Khatua for 26,000. "I have all the documents and I can show them to traffic officers. However, I had to collect it. I won't be able to pay the hefty amount of Rs 47,500."